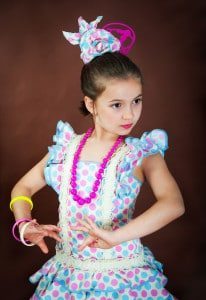 In the wake of the June 26 ruling by the European Court of Human Rights on two French cases, the Spanish ministries of Justice and Foreign Affairs are ordering their consulates to reinstate registrations of children born via surrogacy to Spanish intended parents in countries where surrogacy is legal.

A directive issued in 2010 instructed Spanish authorities to complete Civil Registrations, or in other words, grant Spanish citizenship, to babies born abroad via surrogacy. But in February 2014, the Spanish Supreme Court ruled 5-4 against a gay couple attempting to register their twin babies, born via surrogacy in San Diego, where surrogacy is legal, as Spanish citizens. In its February majority decision, the court stated that the twins could not be granted citizenship because surrogacy is not legal under Spanish law, and because it is not possible under Spanish law for two men to be legally designated parents of minor children. The February ruling stated births via foreign surrogacy were “contrary to Spanish public order” and “violate the dignity of the pregnant woman and child, creating a market that is considered dangerous and that ‘objectifies’ them both,” according to Spanish law firm ICN Legal.

Although some legal analysts opined that the February Spanish Supreme Court ruling merely meant that non-biological parents would be forced to establish parentage via adoption or other means, the decision left a number of children born via surrogacy in a kind of legal limbo, children “without a country” in effect. And the ruling appeared to make it impossible for intended parents with no genetic relationship to the child, i.e. in cases where both egg and sperm were donated, to ever establish Spanish citizenship for their children.

But a July 11 directive from Spanish authorities instructs Spanish embassies and consulates to resume Civil Registration of children born via surrogacy to Spanish intended parents, according to a report by La Vanguardia. “They are our children,” Spanish Minister of Justice Alberto Ruiz-Gallardón said of the children denied citizenship since the Spanish court’s February decision.

As we reported earlier, the June European Court of Human Rights ruling is applicable to all 47 member nations of the Council of Europe, some of which already allow surrogacy and grant citizenship to children born to surrogates abroad. Let’s hope these happy endings for French and Spanish families will be repeated many times over.