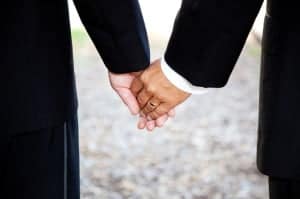 Same-sex marriage legislation passed in two more U.S. states recently, providing yet more evidence that public opinion has shifted on this emotionally charged issue and political will has followed. The Rhode Island State Senate passed Senate Bill 38 on April 24 in a 26-12 vote. The Rhode Island House passed the Senate version of the bill on May 2, and Governor Lincoln Chaffee, a former Republican Senator who became an independent in 2006, signed the bill into law on the same day, making Rhode Island the 10th state in the union to legalize gay marriage. The Associated Press reports same-sex marriages could begin in the state as early as August 1.

The Delaware House of Representatives passed its same-sex marriage bill 23 to 18 on April 23, the Senate 12 to 9 on May 7, as reported by OpenStates.org.  Gay marriages there may begin as early as July 1.

Then on May 12, Minnesota became the 12th state to legalize gay and lesbian “I do’s,” with the State Senate approving the bill 37 to 30 following Minnesota House approval last week.

The three states join a seeming groundswell of support for gay marriage. Marriage equality efforts currently are under way in Illinois and several other states.

As we draw nearer to the June Supreme Court decisions on the U.S. Defense of Marriage Act (DOMA) and California’s anti-gay marriage Proposition 8, the momentum seems to be running in favor of marriage equality and equal rights and protections for LGBT parents and their families.