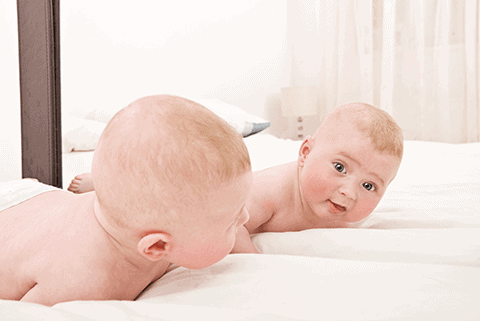 The headlines have been full recently of the stories of two same-sex couples, one parents of twins, the other parents of sibling daughters, both suing the U.S. State Department in an attempt to secure citizenship denied to just one of their babies and granted to the other.

According to a Chicago Tribune report, Elad and Andrew Dvash-Banks met 10 years ago in Israel, where Elad grew up. Unable to legally marry either in the U.S. or Israel at that time, the couple moved to Canada, where they were legally married in 2010. Their sons were born via egg donation and surrogacy in 2016, and both fathers' names were listed on both their birth certificates. Although both fathers contributed sperm, and each was genetically related to one of the twin boys, they planned to keep the specifics secret.

But when the family took steps to move to Los Angeles, closer to Andrew’s family, they ran into a shocking obstacle at the U.S. Consulate: The dads were forced to undergo DNA testing in order to pursue U.S. citizenship for their boys. Aiden, who is genetically related to Andrew Dvash-Banks, an American citizen, was granted U.S. citizenship; Ethan, who is genetically related to Elan Dvash-Banks, an Israeli citizen, was forced to emigrate on a tourist visa—now expired. Two boys, born just a minute apart, from the same egg donor and surrogate, are viewed very differently by the U.S. government.

The second couple, Allison Blixt, a U.S. citizen, and her Italian wife, Stefania Zaccari, had two babies in London, England, where the moms also were legally married, according to a BBC report. Each woman conceived and gave birth using her own eggs and an anonymous sperm donor, with both moms’ names recorded on both babies’ birth certificates. When the family attempted to relocate to the United States, they were subjected to DNA testing. As in the Dvash-Banks case, the daughter who is genetically related to Blixt, the U.S. citizen, was granted citizenship; the daughter who is genetically related to Zaccari was denied citizenship.

The issue is not a new one for parents who have children via assisted reproduction abroad. The U.S. State Department’s long-standing policy is that “at least one biological parent must have been a U.S. citizen when the child was born” in order for a child to be automatically granted U.S. citizenship at birth. In fact, the Assisted Reproduction Committee of the American Bar Association and the ABA Commission on Immigration produced a policy memo, urging the State Department to expand its interpretations of its Family Affairs Manual, which provides guidelines for family immigration and citizenship rights. In February 2017 the ABA ratified the resulting Resolution 113 (read more here).

… To this end, the Resolution recommends that State base its definition of child not on genetic and gestational relationship alone, but also on demonstrated “parental intent” to establish the necessary relationship to transmit or acquire U.S. citizenship. This approach is consistent not only with accepted canons of statutory interpretation, but also with interpretations of family law in many American and foreign jurisdictions confronting the parentage of children conceived through ART. Such a policy expansion by State would permit U.S. citizen parents to transmit U.S. citizenship to their children born abroad but conceived through assisted reproductive technologies when their parent-child relationship is legally recognized by the country of the child’s birth.

Nothing has happened since the 2016 presidential election.

As both lawsuits allege, the most concerning thing about the denial of these two babies’ U.S. citizenship is that same-sex parents, even when legally married, are being treated differently than heterosexual married parents.

When a married heterosexual couple has children via ART abroad, State automatically considers them both to be parents of any children born during the relationship. In other words, they and their babies are not expected to undergo DNA testing to prove their genetic relationship to the parent who is a U.S. citizen.

This story hits home for me. My spouse, Tommy Woelfel, and I had twin boys via egg donation and surrogacy. Like the Dvack-Bankses, we each contributed sperm, but we have never had DNA testing. Together, we are a family, and it is not something we need to know. While our children were born here in California, where we reside, and immigration is not in our future plans, I can easily imagine the hurt and indignity and worry that would result were one of our boys to be considered a citizen, the other not, due merely to an accident of their genetic heritage. No child is more wanted nor cherished than the child whose parents underwent the arduous process of assisted reproduction to bring him or her into the world. No child should be forced to forfeit citizenship simply because his or her family doesn’t conform to antiquated notions of family building and national heritage.