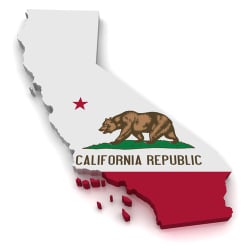 Currently awaiting California Governor Jerry Brown’s signature is AB 1217 (Fuentes), a bill intended to bring the surrogacy contract process and the California judiciary up to speed with current surrogacy practices. If signed into law, AB 1217 will be the most significant surrogacy legislation ever enacted in the state. The bill has passed both the House and Senate, and it appears likely the Governor will sign it.

In a nutshell, AB 1217 will codify current best legal practices regarding surrogacy agreements. Although most attorneys follow those best practices now, those practices were not required by law. As a result, there have been occasions when they were not followed, placing intended parents, surrogates and children in jeopardy.

If passed, the law will require that intended parents and a surrogate be represented by separate legal counsel. An assisted reproduction agreement for gestational carriers (surrogates), containing required information and legally notarized, would have to be executed prior to embryo transplantation or administration of medications used in assisted reproduction; in other words, it would be illegal to execute a surrogacy agreement with the intended parents after the surrogacy was already pregnant, as has occurred in a recent court case.