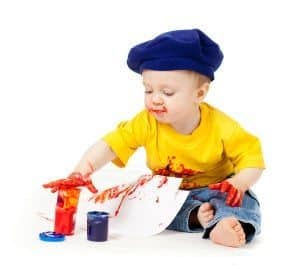 In a groundbreaking decision June 26, the European Court of Human Rights ruled in two cases that France must recognize the parental relationship of parents who have genetically related children via surrogacy in other countries.

According to our colleague, French attorney Caroline Mecary, the ruling, which applies to all 47 member nations of the Council of Europe, means that French children born abroad via surrogacy will receive passports and French identity cards and will be able to request certificates of French nationality. Mecary says the adoption of children born of surrogacy by the non-biological parent also is expected to be easier.

The ECHR, which acts under authority of the European Convention on Human Rights enacted by the Council of Europe in 1950, ruled that while France has the right to ban surrogate parenthood within its boundaries, it does not have the right to deny legal status to the parent-child relationships of children and their parents just because a surrogate carried and delivered the children. “Refusal to do so undermines children’s identity,” reported international public service radio station RFI.

In the case of the Menesson family, twin daughters, Valentina and Fiorella, were born via surrogacy in 2000 in California, where surrogacy is legal, and are U.S. citizens. The twins were conceived from the sperm of father Dominque Menesson and the oocyte from an egg donor. A California court recognized Dominique and his wife, Sylvie, as the twins’ parents prior to their birth.

Juliette Labassee was born in Minnesota, where surrogacy also is legal, in 2001 and is a U.S. citizen.

In both cases, following lengthy legal battles, French courts denied the couples’ parental status. On June 26, as reported by RFI:

The ECHR ruled that the French decision was an infringement of the children’s right to respect for their private life, while recognising France’s right to declare surrogacy illegal on its territory.

The status quo “undermined the children’s identity within French society,” the court found and meant that their inheritance rights were less favourable than those of other children.

It ordered the French state to pay each of the children 5,000 euros as well as legal costs.

The French government has said it will not appeal the ECHR ruling, attorney Mecary reports. The ruling, which applies to all 47 member of the European Court of Human Rights, means that all those countries automatically must recognize the parental rights of parents who have a genetic connection to their children born through surrogacy abroad, and grant citizenship to the child, as this is in the best interests of the child. A non-genetic intended parent may still have to establish their parental rights in accordance with the laws of their home country. In countries where there already is a process in place that recognizes the non-genetic intended parent, that process will remain unchanged.

Mecary says she expects the ECHR to rule similarly on three additional French surrogacy cases she is handling.

We wrote more than a year ago about the uncertain legal status of children born abroad via surrogacy following a controversial executive order issued by French Justice Minister Christiane Taubira requiring the issuance of French birth certificates to children born abroad via surrogacy. A stubborn social conservative streak in French society has maintained barriers to legalizing surrogacy and other types of assisted reproduction in France. While today’s ruling may still be appealed by the French government, it is a heartening step in the right direction for families created via assisted reproductive technology.