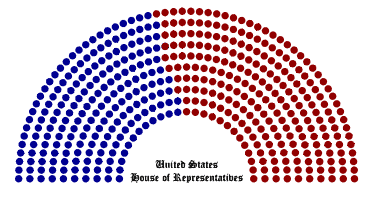 With the cheers from the Democratic National Convention fading away, Congressional Democrats have seized the moment to tackle DOMA, the anti-gay marriage Defense of Marriage Act. One hundred forty-five House Democrats, led by House Minority Leader Nancy Pelosi (D-California) and Rep. Jerrold Nadler (D-New York) filed a new Amicus Brief today in the case of Edith Schlain Windsor v. United States of America. Although House Democrats have filed previous friend-of-the-court briefs, today’s filing marks the highest number of members who have signed on. The case currently is before the Court of Appeals for the Second Circuit following a U.S. District Court ruling that Section 3 of DOMA is unconstitutional.

Last year, President Barack Obama and Attorney General Eric Holder announced that the Department of Justice would no longer defend DOMA in some court cases. However, the House Bipartisan Legal Advisory Group voted 3-2 on a part-line vote to hire legal counsel to continue defending DOMA at taxpayer expense.

The Windsor case highlights one of the most onerous consequences of DOMA, which is the financial penalty same-sex couples incur via estate taxes and loss of Social Security benefits when one partner dies.

From the U.S. House news release:
Edith "Edie" Windsor, 83, a constituent of Rep. Nadler's in New York City, challenged DOMA in court after the federal government taxed her more than $363,000 when her spouse, Thea Spyer, passed away in 2009. Edie and Thea first met in 1963 and married in 2007 after an engagement that lasted more than 40 years. Yet, when Thea died, the federal government treated them as complete strangers because of DOMA, significantly reducing Edie's inheritance by depriving her of the marital deduction that otherwise allows a married couple to pass property to the surviving spouse without tax penalty.

As a result of this inequitable treatment, same-sex couples in the United States suffer billions of dollars in financial losses, often leaving surviving spouses to face financial penalty or even loss of their homes at a stage of life when they are most vulnerable. See the Washington Blade report for more: http://www.washingtonblade.com/2012/09/07/house-dems-intercede-on-behalf-of-n-y-widow-against-doma/.