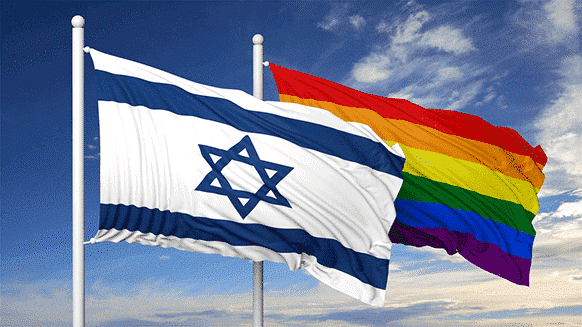 Tens of thousands of LGBT Israelis and their allies took to the streets Sunday, protesting a new Israeli surrogacy law that denies gay men the right to become parents via surrogacy, even as it gives the green light to lesbian intended parents and single women.

Israeli law previously limited access to surrogacy within Israel to married heterosexual couples, forcing LGBT and single intended parents to pursue their dreams of parenthood abroad. Our firm, International Fertility Law Group, has been honored to work with many Israeli families.

On July 18, Israel’s parliament, the Knesset, passed a law expanding access to surrogacy to single women and lesbians. But an amendment that would have allowed single men or gay couples to become parents via surrogacy was voted down.

Israeli LGBT activists were outraged that Israeli Prime Minister Benjamin Netanyahu, who previously had pledged support for allowing gay men to use surrogates, voted against the amendment, apparently under pressure from ultra-Orthodox Jewish members of his coalition government, according to the Associated Press. The Times of Israel reported that Netanyahu voted against the amendment in exchange for Orthodox support of another controversial piece of legislation, a Jewish nation-state bill also coming up for vote.

In the face of mounting criticism, Netanyahu claimed that he voted against the amendment on single men in order to ensure the surrogacy bill would pass and promised to support a separate bill legalizing surrogacy for gay couples in the future.

An Island of LGBT Acceptance

Surrounded by countries where homosexuality is outlawed and LGBT people persecuted, Israel is known internationally for its acceptance of LGBT people and has become a popular destination for LGBT travelers worldwide. Gay men and lesbians serve openly in Israel’s military and parliament.

Israel initially banned surrogacy in 1988. In 1995 an Israeli couple, who could not conceive due to the wife’s cervical cancer, successfully challenged the ban, leading to the formation of a commission to study the issue. The commission’s official report recommended that surrogacy be legalized. A short time later, the Israeli Supreme Court overturned the surrogacy ban.

The Supreme Court decision forced the Knesset to come up with an alternative law. As The Tower Magazine reported in 2014, the resulting law allowed surrogacy in Israel, but only under tightly restricted criteria.

On the one hand, it includes many progressive elements, such as state subsidy of the process, as well as mandating that approval committees be made up equally of men and women. But in concession to the religious parties, it mandated that the surrogate be unmarried (which went against the commission’s recommendation), unrelated to either of the parents, of the same religion as the parents, and that the mother’s egg (not the surrogate’s) and the father’s sperm (not a donor’s) be used – measures to mediate some of the rabbinic concerns about the process. Perhaps the most limiting condition in the new law was that the process was only legal for married couples in Israel – which, by excluding all singles, made the process out of reach for gays domestically.

While the LGBT civil rights movement in the U.S. and much of the world focused in recent years on legalizing same-sex marriage, in Israel the push has been for equal parentage rights for LGBT people. Marriage in Israel is strictly a religious institution rather than a civil one, and lots of people are prevented from marrying, including couples of different faiths, as Slate reports.

In Israel, the fight for LGBT equality has centered on the right to parenthood. In addition to banning gay Israelis from using surrogacy to create families, Israel has a long history of LGBT discrimination in family law.

In 2017 gay activists sued the government over its policy of giving heterosexual couples who want to adopt priority over same-sex couples. As the result of the discriminatory practice, between 2008 and 2017, just three same-sex couples—out of 550 who applied— were able to adopt, compared to more than 1,000 heterosexual couples who were able to adopt during the same period, according to a report by The Jewish Journal. The suit was dismissed based on the government’s promise to introduce new legislation to remedy the practice by June 2018—a promise which has yet to be kept.

Just as growing acceptance of same-sex marriage and advances in assisted reproductive technology created a “gayby boom” in many parts of the world, Israel, which has a strong family-based culture, has seen an explosion of LGBT parenting. Prevented from legal surrogacy at home, hundreds of LGBT Israelis traveled to other countries where surrogacy laws were less restrictive or non-existent.

India was a popular destination for Israeli intended parents until 2013, when its government began restricting medical visas for surrogacy to married heterosexual couples only. The tide then shifted to Thailand, where parentage laws were even less favorable to gay and lesbian parents, and where a sudden government crackdown left many Israeli parents and newborns stranded between countries for a time, as we reported in 2014.

Even for babies born via surrogates in the U.S., with birth certificates listing both intended parents, Israeli officials have a history of imposing onerous requirements for blood testing and other documentation before granting Israeli citizenship.

The Knesset’s vote to continue the surrogacy ban on single Israeli men and gay couples led to what is believed to be the largest demonstration for LGBT equality in Israel’s history, with actions in 17 cities and an estimated crowd of 100,000 marching in Tel Aviv earlier this week. Discriminatory policies create an unfair financial burden for LGBT intended parents, who, unlike heterosexual married couples, receive no government subsidy to offset costs and who may pay as much as $100,000 for surrogacy abroad. Those same policies also confer second-class status on LGBT Israelis and their families.

Colleague Victoria Gelfand, an Israeli attorney specializing in surrogacy, adoption and LGBT families, says the recent vote upholding the ban on surrogacy for gay dads was the final straw for LGBT activists fed up with decades of discriminatory government policies. At a press conference today, three days after Sunday’s demonstrations, she writes, “the leaders of the LGBT community presented their demands from the government: preventing crime and violence against the community, recognition of gay families, adjustment of welfare services, equality in healthcare, as well as education for tolerance and acceptance of different families and identities.”  It remains to be seen if their voices will prevail over the conservatism and religious dogmatism now dominant in Israel’s government.