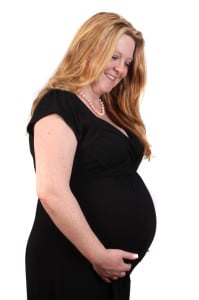 In a landmark case, the genetic mother of twins born to a surrogate triumphed over the Irish government, winning the right to be listed as the mother on the birth certificates of her children.

In January the Irish government closed its case against the unnamed woman. Due to medical reasons, she was unable to carry her own children to term. Her sister, voluntarily and altruistically, agreed to carry her children. The twins born via the sister surrogate are the biological children of the woman seeking to be named as mother and her husband.

Ms O’Toole said the 1983 abortion amendment to the Constitution made it “absolutely clear” that the mother of a child was the woman who gave birth to the child.

She said the common law principle mater semper certa est (motherhood is always certain) was imported into the Constitution in 1983 via article 40.3.3. The legislature could allow for the transfer of maternal rights, but the mother must always be the birth mother.

But in a positive precedent for future assisted reproductive technology cases, as reported  March 6 by Irish Central:

Dublin High Court Justice Henry Abbott ruled that the 1937 constitution on which the government’s case was dependent needed to be updated to reflect current technologies and advancement in infertility treatment.

On Tuesday Dublin High Court Justice Henry Abbott said that these 1937 laws governing birth certificates and parentage needed to be updated to reflect the growing use of artificial insemination, embryo implantation, and other fertility techniques.

Justice Abbott went on to suggest that the fairest way to ascertain both maternal and paternal status is through genetics.

“To achieve fairness and constitutional and natural justice for both the paternal and maternal genetic parents, the feasible inquiry in relation to maternity ought to be made on a genetic basis and, on being proven, the genetic mother should be registered as the mother,” the Judge said.

Marion Campbell, lawyer for the biological parents expressed optimism for continuing evolution of fertility law and spoke of the family’s joy at the case’s resolution.

“It has been a very long, hard and emotional time for them, and they would like to express their thanks for the support shown to them by their family, friends and legal representatives.

“It is to be hoped now that much-needed legislation in relation to this whole difficult area of surrogacy and that children born by surrogacy arrangements will have their rights enshrined in such legislation."

Even though this specific decision has supported the rights of the genetic mother, the “whole difficult area” of surrogacy requires more legislation before the rights of all children born through surrogacy and other ART methods are assured of legal protection.

Geoffrey Shannon, the Government's Special Rapporteur (a person appointed by an organization to report on its proceedings) on Child Protection said he believes that additional legislation is needed and that barring this legislation children born of surrogacy could be left in legal limbo.

This latest ruling by the Irish courts is a step in the right direction.