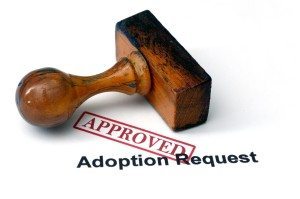 On Monday, April 14, a U.S. district court broke down another barrier to same-sex marriage in a crucial ruling for same-sex parents in Ohio who have out-of-state adoption degrees.

However, as has occurred in state after state, the effect of the ruling is on hold for the time being. Two days after his initial ruling, on April 16, Black stayed his own order, pending appeal in the 6th U.S. Circuit Court of Appeals in Cincinnati.

The ruling does take effect immediately in regard to the four married lesbian couples who were plaintiffs in the case. Three of the couples are expectant parents whose children will be born in Ohio; the fourth is a married New York couple whose adopted son was born in Ohio. The couples are seeking an order for Ohio to allow both parents’ names to be placed on their children’s birth certificates. In issuing the April 16 stay, Black ordered the state to immediately list both partners in the four couples on their children’s birth certificates, the Associated Press reported.

Had Black not issued the stay, all married gay couples living in Ohio would have been able to immediately begin obtaining the same benefits as any other married couple in the state, including property rights and the right to make some medical decisions for each other.

Black’s April 14 decision does not require the state to allow same-sex marriage in Ohio but only to recognize already existing marriages, such as those of couples who have married in states or countries where same-sex marriage is legal.

However, Al Gerhardstein, the Cincinnati civil rights attorney who represents the four couples in the current lawsuit, said he plans in the next few weeks to file suit to legalize same-sex marriage in Ohio.

As reported by Associated Press:

In Monday's ruling, Black said the state's refusal to recognize out-of-state gay marriage is a violation of constitutional rights and “unenforceable in all circumstances.”

“The record before this court ... is staggeringly devoid of any legitimate justification for the state's ongoing arbitrary discrimination on the basis of sexual orientation,” Black wrote.

Since the U.S. Supreme Court’s June 2013 rulings striking down the federal Defense of Marriage Act (DOMA) and overturning California’s anti-same-sex marriage Proposition 8, eight federal courts have struck down state bans against same-sex marriage on constitutional grounds. All but one of those rulings—that of U.S. District Judge Bernard Friedman in Michigan—have been stayed pending appeal. An L.A. Times analysis of the rationale behind the rash of federal stays dates the trend to the January ruling overturning Utah’s same-sex-marriage ban.

In Utah, a frantic appeal from the state was denied by an appeals court before the U.S. Supreme Court issued a two-sentence order in early January simply stating that Utah's ruling (and further same-sex marriages) should be on hold until the appeals process was complete.

Those two sentences probably won't get quoted in any history books. But it was that intervention that hinted for other federal judges to restrain themselves as they throw out laws passed not that long ago with the overwhelming support of voters and legislatures, and its after-effects were firmly felt in Kentucky on Wednesday [March 19].

Other legal analysts speculate that the high court is anxious to counter often politically motivated claims that “activist judges” are intervening to thwart the will of voters. By signaling that federal courts should proceed cautiously in allowing the issue to be fully addressed in the appeals process, the Supreme Court may hope to ensure judicial credibility and avoid charges of acting in haste.

Logically, such reasoning on the part of the justices may make sense. But for couples who have been waiting, some for decades, to marry the ones they love, and for families denied equal protection under the law, the continued waiting only adds to their burdens of heartache and stress.