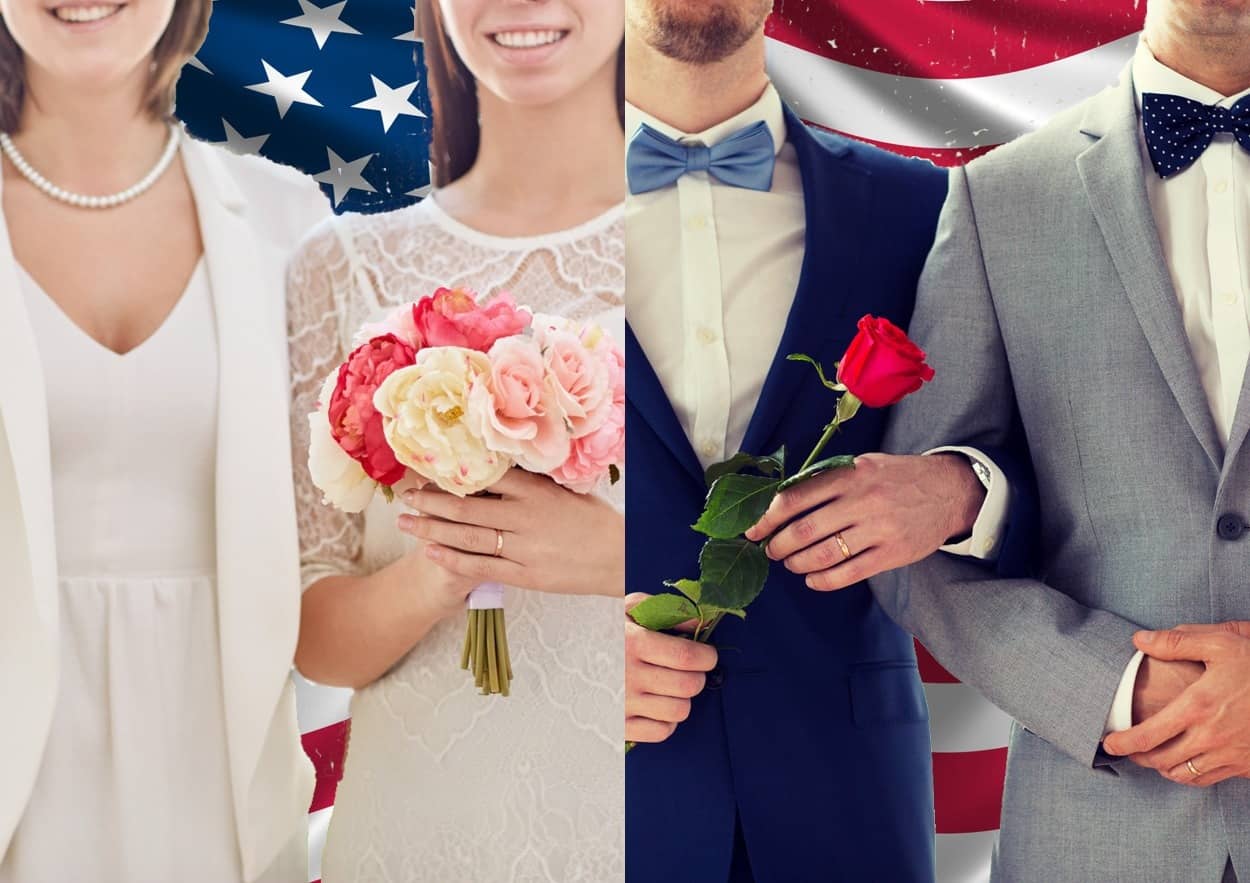 18 Nov Will Trump Take Away Your Right to Marry? Unlikely

As my fellow family lawyers and ART attorneys and I work to wrap our heads around last week’s presidential election results, many of our clients are turning to us for answers to their most urgent questions and concerns. One of the most frequently asked questions has been, will LGBT people in the United States lose the right to marry the under a Trump administration? And if so, will my same-sex marriage still be valid?

According to the experts, the U.S. Supreme Court is unlikely to reverse its two recent decisions upholding same-sex marriage, even with a Trump appointment to replace Conservative Justice Antonin Scalia, and is virtually certain to uphold the validity of existing same-sex marriages.

In fact, the greater danger to your family’s security under a Trump presidency may be legislative efforts to defund and weaken our societal safety nets such as Social Security, Medicare and the Affordable Care Act. As governor of Indiana, Vice President-elect Mike Pence enacted and defended a “religious freedom” law that would have allowed businesses to discriminate against LGBT people on the basis of religion, although he later backpedaled. And Trump has paid lip service to supporting a national law that would protect states’ rights to enact such discriminatory laws. Arguably, these and other issues are of more immediate concern than the loss of marriage equality.

Shannon Mintner of National Center for Lesbian Rights and other constitutional lawyers assure us that the U.S. Supreme Court is unlikely to revisit its 2015 decision that same-sex couples have the fundamental right to marry, at least not immediately.

True, Donald Trump, encouraged by a Republican Congress, will undoubtedly move with all due speed to appoint a replacement for the late Justice Scalia, who died unexpectedly in February, leaving a potentially tied eight-member Supreme Court. Traditionally, sitting Presidents have filled court vacancies with Congressional ratification; however, the Republican-majority House refused to ratify Obama’s selection of moderate jurist Garland Merrick, running out the clock on the presidential election—a strategy that now appears prescient. With Republican control of both houses, Trump’s nominee will face no such obstacle.

Likewise, there is strong legal precedent that says a marriage cannot be invalidated by subsequent changes in the law. For example, when California voters passed Proposition 8 in 2008, there were already some 18,000 same-sex marriages that had taken place between May 2008, when the state Supreme Court overturned California’s ban on same-sex marriage, and November 2008, when Prop 8 passed. Those marriages remained intact, with all the rights and privileges of any legal marriage, during the ensuing four-and-a-half years, until a federal appeals court ruled Prop 8 unconstitutional. The U.S. Supreme court upheld the lower court’s decision in June 2013, with the same 5-4 majority that later legalized same-sex marriage throughout the U.S.

Now, could a shift in the balance on the Supreme Court were one of those five majority justices to resign or die during Trump’s presidency lead to a revisiting of the decision legalizing same-sex marriage? That it is a possibility. But before you run out and marry the first guy or gal you meet on the street, keep in mind that the wheels of justice turn slowly. Confirmation of a Supreme Court justice can take months or years, particularly should the balance of power in Congress change at the midterm elections in two years. Timing is everything.

Also keep in mind that, shielded from political pressure by lifetime appointment, Supreme Court justices don’t always end up mirroring the values of the president who appoints them. Justice Anthony Kennedy, a Reagan appointee, was among the 5 justices in the majority on the 2015 same-sex marriage decisions. President George H.W. Bush appointee David Souter, who retired in 2009, began his Supreme Court career as a conservative, but three years in began voting frequently with liberal justices Stephen Breyer and Ruth Bader Ginsberg. The inherent impartiality of the high court is a tangible demonstration of the founding fathers’ wisdom.

And remember that it can take years for a case to make its way up the judicial pyramid to be heard in the Supreme Court—and even then, the court may decline to hear it, for any number of reasons, including that a question has already been adjudicated. A Supreme Court ruling on marriage equality will not happen suddenly or unexpectedly. We’ll all know it’s coming long in advance.

Even if the worst should happen, and a Trump Supreme Court were to revoke the right of same-sex couples to marry, existing marriages would almost certainly remain intact.

Never forget, more than half of U.S. voters now support same-sex marriage. Supreme Court justices always have their fingers to the wind; their bent is not to rule too far out ahead of societal norms—and not to take away freedoms that society has already embraced.

Take heart that millions of people stand behind your right to marry the person you love. Take heart that the wheels of government and of justice turn slowly and deliberately—as frustrating as that may feel to us when we’re waiting to win our rights, it’s equally reassuring when others would try to take them from us. Take heart that we have strong, powerful leaders and organizations determined to advocate for and defend your right to marry. Even some powerful conservative leaders, such as Republican power-lawyer and Federalist Society co-founder Ted Olson, former President George H.W. Bush, and former Vice President Dick Cheney. Do what you can do in your communities to support leaders that reflect your values of inclusion and equality. Volunteer, encourage your friends and loved ones to vote, support other vulnerable communities. Take heart, for, in the words of the late Dr. Martin Luther King, "The arc of the moral universe is long, but it bends toward justice."