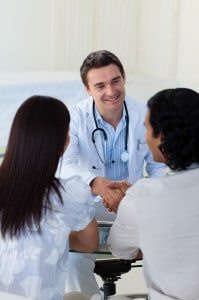 The legislation brings New Hampshire law governing gestational surrogacy, in which either eggs from the intended mother or donated eggs are used to conceive, into line with the state’s nondiscrimination laws and the 2009 legalization of same-sex marriage. Under SB 353 individuals may become parents via surrogacy whether they are married or unmarried or are a single parent, regardless of their sexual orientation. The new law also simplifies the legal process for intended parents, establishing standardized criteria for gestational carrier agreements and allowing expedited pre-birth orders, which allow the intended parents to be listed on the child’s birth certificate.

The new law affects only gestational surrogacy. Traditional surrogacy, in which the surrogate’s own eggs are used to conceive, is governed under a separate existing law.

Previously New Hampshire law allowed gestational surrogacy only when the egg of the intended mother was used—impossible in cases in which the intended mother was infertile or in which intended parents were male—and intended parents were required to be married. A married heterosexual couple could legally use a sperm donor but not an egg donor. Perhaps most onerous was a stipulation giving the surrogate the right to change her mind and claim the baby within 72 hours of birth. Pre-birth orders establishing parentage of the intended parents previously were legal—were, in fact, required—but the surrogate still had the 72-hour window in which to change her mind. Oddly, married lesbian couples could become parents via surrogacy if the egg came from one of the partners; for gay male couples, only traditional surrogacy, in which the surrogate’s eggs was used to conceive, was legal.

Not surprisingly, few intended parents chose to navigate the tricky shoals of New Hampshire surrogacy law in the past. SB 353 recodifies existing state statute RBA 168-B, which according to the legislative summary has created such “unnecessary encumbrances” for intended parents seeking to create families via assisted reproductive technology that “New Hampshire families have left the state in order to use and benefit from assisted reproductive technologies and gestational surrogacy.”

With the passage of SB 353, the New Hampshire legislature has taken a significant step to better protect and support all its families and to make the benefits of assisted reproductive technology more accessible, more affordable and more secure.