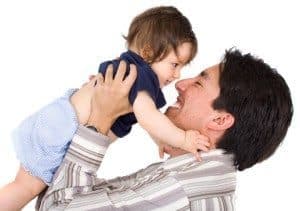 I am happy to announce that a new gestational surrogacy law, AB 421, authored by Kim Surratt of Surratt Law Practice, PC, and an Of Counsel attorney to IFLG, was signed by the Governor of Nevada on May 31 and will take effect October 1, 2013.

The new law, which will lay to rest a number of uncertainties that have been in Nevada surrogacy cases in recent months, will allow pre-birth orders or post-birth orders for all intended parents: single, gay, straight, and with or without a donor. The new law pertains only to gestational surrogacy—in which the surrogate is not genetically related to the child—and not to traditional surrogacy, in which the surrogate provides the ovum to be fertilized.

Under Nevada’s old law, intended parents were narrowly defined as a married couple whose egg and sperm were used to create the embryo. Under the new law, single individuals and both married and unmarried couples, including same-sex couples, can use a gestational surrogate. The new law specifically refers to domestic partners. Under the old law, compensation of a surrogate was illegal; AB 421 allows compensation of gestational carriers. The new law also specifically permits pre- or post-birth orders and provides instruction on obtaining them.

Previously Nevada law was silent on legal representation of parties to a surrogacy agreement. Under AB 421 separate legal representation for the parties to a gestational carrier agreement is required. As Kim notes, Nevada judges are alert to the number of attorneys who are not licensed in the state but nevertheless are attempting to represent parties in Nevada and have expressed a willingness to report out-of-state attorneys for unlawful practice of law. The new law also sets out specific elements that must be included in a Gestational Carrier Agreement and notes that such agreement must be in writing and be properly executed before beginning any medical procedures.

Although many of the “best practices” and legal requirements of the Uniform Parentage Act are mirrored in AB 421, the Nevada gestational surrogacy law was not modeled off of the UPA. Rather Kim drafted the law borrowing concepts from the UPA and other legislation around the country, and its passage was facilitated by the Nevada Justice Association.

We at IFLG are proud of our colleague Kim Surratt and congratulate the citizens of Nevada upon passage of this important and far-reaching piece of legislation. It will have a tremendous impact on thousands of intended parents, gay and straight, and is another step toward ensuring that all of our families are equally respected and protected under the law.