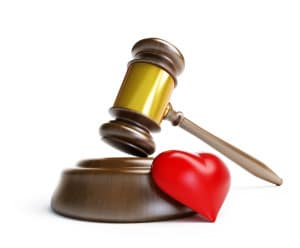 As of September, 17 state attorneys general had joined a “friend of the court” brief asking the U.S. Supreme Court to hear same-sex marriage cases from the Fourth, Seventh and Tenth U.S. Circuit Courts of Appeal. On Oct. 6, the Supreme Court’s response surprised many: No.

The immediate effect of the Supreme Court’s refusal to hear the same-sex marriage cases is that federal lower court rulings striking down bans on same-sex marriages in five states—Indiana, Oklahoma, Utah, Virginia and Wisconsin—will stand, and the stays on implementing those rulings are lifted. Because those federal appeals court rulings are binding on all federal courts within each circuit, the Supreme Court’s action will also impact other states within the Fourth, Seventh and Tenth circuits where lower courts have over turned same-sex marriage bans: West Virginia, North Carolina, South Carolina, Kansas, Colorado and Wyoming—ultimately bringing the number of states where same-sex marriage is legal to 30. Courts in the Fifth, Sixth, Ninth, and Eleventh Circuits are currently considering the constitutionality of same-sex marriage bans. Those circuits are not bound by the lower court rulings in the Fourth, Seven and Tenth; however, the cumulative weight of so many federal decisions favoring marriage equality is almost certain to impact their decisions.

Proponents of same-sex marriage are not universally happy with the Supreme Court’s action, even though the immediate result is that same-sex marriage is legal in more parts of the U.S. than ever. Attorneys for both sides had urged the court to hear the cases and decide the issue once and for all. Evan Wolfson, president of national LGBT advocacy organization Freedom to Marry, called on the high court to “finish the job,” calling the court's refusal to take the cases a prolongation of “the patchwork of state-to-state discrimination and the harms and indignity that the denial of marriage still inflicts on too many couples in too many places.”

Nevertheless, the immediate effect of the Supreme Court’s refusal is that more same-sex couples will be able to marry in the short-term. In some of the five states directly affected by the Oct. 6 Supreme Court action, couples are already applying for marriage licenses. Wisconsin Gov. Scott Walker proclaimed the fight against same-sex marriage “over” in his state, according to an Associated Press report, and said Wisconsin would move forward with implementing it. Virginia Attorney General Mark Herring said same-sex couples could begin receiving marriage licenses almost immediately on the day of the Supreme Court ruling. Other states within the Fourth, Seventh and Tenth Circuits are preparing to petition federal courts to overturn existing state bans.

However, it may take a while for the full effects of the Oct. 6 Supreme Court ruling to play out: The county clerk of Oklahoma’s largest county said he would not begin issuing marriage licenses to same-sex couples until he receives a formal order from the 10th U.S. Circuit Court of Appeals, Associated Press reported. Other states attorneys general may take a similar tact, particularly those that have outstanding cases before the high court, and wait for a specific federal order overturning their same-sex marriage bans.

The Supreme Court’s stance is still far from clear, and its action in refusing to hear the cases was a surprise to many legal observers. As explained in this article from The Atlantic, for most cases, the court has the authority to determine whether it will hear a case or not. The court’s decision, yes or no, is not an opinion one way or another, but simply means that it has opted, for any number of reasons, not to consider the issues involved at the time. In carefully constraining its June 2013 rulings on California’s Proposition 8 to pertain strictly to California and on United States v. Windsor to pertain only to the issue of equality of federal benefits, the Supreme Court avoided ruling outright on the same-sex marriage as a constitutional right. Even with attorneys on both sides of the issue and attorneys general from so many states urging it to make a decision, the court continues to hold back, apparently waiting for the reality of same-sex marriage being lived out in most of the country to make a sweeping high court ruling irrelevant. In this instance, the Supreme Court’s silence perhaps speaks louder than words.

See Lyle Denniston’s SCOTUSblog for an excellent analysis of the Supreme Court action.