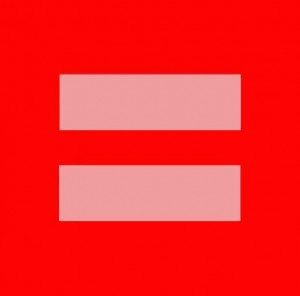 The U.S. Supreme Court’s hearings on two crucial same-sex marriage cases this week has created a media frenzy and raised passions to fever pitch on both sides of the issue. Yesterday the court heard oral arguments on whether to uphold a federal court decision overturning California’s Prop 8, a 2008 ballot initiative that stripped same-sex couples in the state of the right to marry. Many court watchers, in analyzing the justices’ questions of the attorneys on both sides, were led to predict that the court will rule narrowly in a decision affecting only California rather than a far reaching decision that would determine the rights of same-sex couples nationally.

Among several arguments that touched on reproduction and the role of marriage as a legal structure intended to protect families, two such arguments stood out. When pro-Prop 8 attorney Charles Cooper seemed to suggest that married couples over age 55 would be likely to procreate, Justice Elena Kagan took issue with the attorney’s understanding of basic biology:

“I can just assure you, if both the woman and the man are over the age of 55, there are not a lot of children coming out of that marriage.”

“It’s the voice of those children” that should be heard, Kennedy said. “They want their parents to have the full recognition” of marriage.

Kennedy also seemed to question whether the defenders of Proposition 8 have proper standing (a vested interest) to challenge the lower court’s ruling. If four of Kennedy’s fellow justices  join him in such a ruling, the court would reject the case, the lower court ruling would stand, and same-sex marriage would again be legal in California.

Today the court heard oral arguments on the constitutionality of Section 3 of the federal Defense of Marriage Act in a case against the U.S. government brought by Edith Windsor, the 83-year-old widow of a female partner who died in 2009. The two had been together for 43 years and had married legally in Canada in 2007. Upon her spouse’s death, the federal estate tax was triggered, and the IRS handed Windsor a tax bill for $363,000. Had Windsor and her spouse been considered legally married in the United States, the estate tax would not have applied, and Windsor would not have owed any taxes—presenting a clear case in which Windsor is harmed by DOMA’s designation of her marriage as unlawful.

As in the Prop 8 case, Kennedy may be the swing vote here. As reported by The Chicago Tribune, Kennedy questioned whether DOMA raised concerns that the law could be a violation of peoples’ equal protection rights and also of states’ rights and federalism.

The court’s ruling in both cases is expected in June; however, if the Prop 8 case is rejected because Prop 8 proponents are deemed not to have standing, that decision could be announced as soon as the end of this week.

While it’s impossible to predict with certainty how the decision in either case will go, the legal process has already achieved one important thing: It has made the issue of same-sex marriage and the rights of gay- and lesbian-headed families a topic of national conversation. The visibility of gay and lesbian couples, who just want the same legal right to marry that heterosexual couples have, and the acknowledgement that the children of gay and lesbian parents have an interest in their parents’ right to marry, increases public familiarity and comfort levels. In the end it is that heightened familiarity and comfort that will do more to change hearts and minds than any legislation or judicial ruling could achieve.