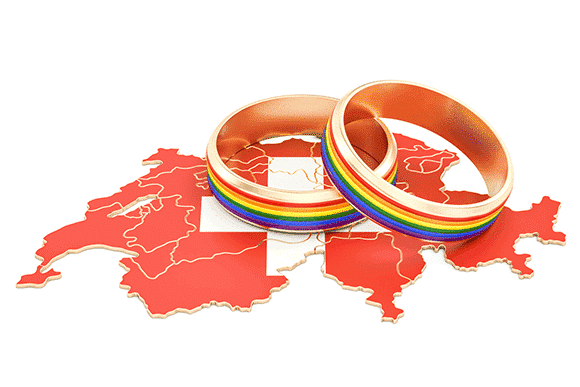 Earlier this month the people of Switzerland voted by a surprisingly wide margin to make it illegal to discriminate publicly based on a person’s sexual orientation. The 63 percent to 37 percent gap was larger than anticipated, providing a big boost for LGBTQ rights in Switzerland. Only three Swiss cantons, or states, voted against the discrimination ban.

The Swiss Federal Assembly passed the anti-discrimination ban in 2018, adding sexual orientation, but not gender identity, to a 1995 law prohibiting discrimination based on race or religion, as NBC News reported. But opponents of the measure gathered signatures to force it to a public referendum on February 9, when the Swiss electorate resoundingly backed it. BBC reports that activists had not expected anti-discrimination support to break 60 percent.

While the recent vote is a significant step forward for LGBTQ equality in Switzerland, it was not an unmitigated triumph, reports LGBT Nation. The original bill, passed by the Federal Council in August 2018, included protections against discrimination based on “gender identity.” But the Swiss Council of States voted to remove the gender identity language from the bill on the basis it was too vague, and the Federal Council approved it with the deletion, effectively removing protections for transgender people from the new law.

In addition to its heritage of inter-nation neutrality and banking secrecy, Switzerland has a long history of religious and social conservatism. Women did not get the federal vote in Switzerland until 1971, and some cantons did not give women the vote at the canton level until 20 years later. Current Swiss law prohibits same-sex marriage, adoption by same-sex couples and in vitro fertilization for lesbian intended parents, LGBT Nation reports. Switzerland legalized same-sex civil unions in 2007, and a bill legalizing same-sex marriage is making its way through Parliament.

Anna Rosenwasser of the Swiss Lesbian Organisation told the BBC Switzerland still has a long way to go to secure equality for LGBTQ people and their families, noting that Switzerland ranks only 23rd on the organization’s Rainbow Map, which ranks the degree of respect for LGBT rights in 49 European countries. She cited the high suicide rate for LGBTQ people in Switzerland, five times that of heterosexual people. Up to now, the country has had no laws protecting LGBT people from discrimination. Although there are no anti-LGBT hate crime or harassment statistics available, The New York Times reports that “in 2017, the United Nations Human Rights Council publicly expressed concerns about hate speech against gay people in Switzerland, and urged the country to ‘adopt comprehensive legislation against discrimination on the grounds of sexual orientation and gender identity.’"

As has been true in every country in the world to date, the movement for LGBTQ equality in Switzerland progresses in stops and starts. The Swiss LGBTQ rights organization Pink Cross says it plans to capitalize on the momentum generated by the recent public vote to advance the case for same-sex marriage and transgender rights. The February 9 vote confirmed that most Swiss are in favor of fairness and opposed to anti-LGBTQ discrimination. Now it’s up to their elected leaders and institutions to respect the people’s will.