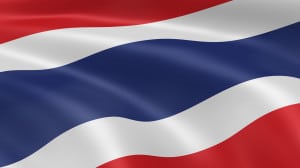 Earlier this month, the Thai military government conducted an audit of the nation’s in vitro fertilization and surrogacy agencies, a review that ultimately led to what by all reports was a virtual shutdown of the industry in Thailand.

The Thai government’s crackdown may have been prompted by a recent flurry of media coverage about the darker side of surrogacy: reports of disabled babies being abandoned by their foreign intended parents, of surrogates being cheated out of compensation, and of unscrupulous practitioners preying on the vulnerabilities of intended parents and surrogates. Lending to the chaos was the fact that Thailand has no laws whatsoever governing surrogacy: the practice was not culturally acceptable but not overtly illegal. Following the government’s inspection of all 12 IVF agencies offering surrogacy services in Thailand it announced a list of stringent rules governing surrogacy that spell major concern and potential tragedy for many foreign intended parents.

As reported by the Sydney Morning Herald August 1:

Senior Thai health and legal officials threw Thailand’s booming surrogacy business into crisis on Wednesday when they declared that, according to Thai law, the only legal surrogacy cases were those in which a married couple cannot conceive a child and engage a blood relative to carry their child in an altruistic surrogacy arrangement.

They declared as illegal any surrogacy arrangement commissioned by an unmarried couple or a couple whose marriage is not legal in Thailand, such as a same-sex couple.
Any arrangement in which money was provided to the surrogate to carry the child was also illegal, they said.
And any foreigner removing a child from its mother to another country permanently without permission from Thailand’s Ministry of Foreign Affairs would be violating the country’s human trafficking laws.

These declarations have placed hundreds of intended parents (currently using surrogacy in Thailand) in a very difficult position.

A few years back, India was a popular surrogacy destination. Similarly lurid headlines about exploitation and fraud on the part of agencies led to a tightening of regulations there. As ABC News reported last year, “The swing towards Thailand is the direct result of a decision by India to only grant medical visas for surrogacy to heterosexual couples who have been married for at least two years.”

Unlike in the U.S. however, the Thai surrogate is listed as the baby's mother on the birth certificate, and if she is married, her husband will be put down as the father.

The intending father, who provided the sperm, must get a DNA test in Thailand to prove he is biologically linked to the baby and then apply for an Australian [or country where the intended father resides] passport for the child.

Legal experts warn that this makes Thailand a legal minefield.

Now, as reports from several professional colleagues confirm, even that minefield is closed for business to all but a few foreign intended parents. As a colleague from Ireland writes, “it would appear now that the only available option for same-sex couples and singles is the USA.”

Those with pregnant surrogates, embryos or IVF procedures in process in Thailand are left in legal limbo, in some cases without even a way to contact their surrogates, writes Australian fertility law attorney Stephen Page of Harrington Family Lawyers. According to Family Law Weekly:

There are reports that all records from one Thai IVF clinic have been removed by the Thai military. Accordingly the parents already with surrogate pregnancies under way at that clinic will have no means of contacting the surrogate, will not know the whereabouts of the surrogate or know what will happen to their unborn babies.

This sad and scary situation has reaffirmed for me that foreign surrogacy should be approached only with extreme caution and meticulous research. Although I have no direct experience in Thailand, the take-away for our readers is buyer beware.

There's obviously a high cost to doing surrogacy in the U.S., which is why a lot of people look to India and Mexico and Thailand for the promise of cheaper alternatives. Unfortunately, the bargain deal too often comes with the added cost of a risky venture: statistically lower medical success rates, questionable medical and business practices, and an extremely unsafe legal landscape. Compare those high costs with that of surrogacy in the U.S., where success rates are high, quality control measures are in place, and there is a stable legal environment that will protect the intended parents' rights, and the steep investment starts to look more reasonable. As the evidence continues to affirm, go to a low-cost country for assisted reproductive technology procedures and you might find yourself having to do it all over again in the U.S.—and paying more in the long run because of it.