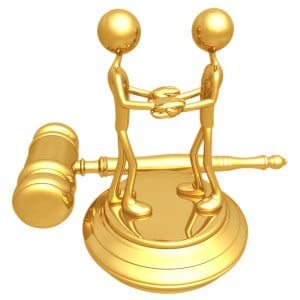 The New Jersey Supreme Court today stood up for equality, upholding a lower court ruling legalizing same sex marriage in the state, despite calls by Gov. Chris Christie’s administration to delay its decision while the case was under appeal. As things stand, New Jersey will begin issuing marriage licenses to same-sex couples on Monday, October 21. Efforts to win marriage equality in New Jersey have been ongoing since 2002. For more on the New Jersey ruling: http://www.huffingtonpost.com/2013/10/18/new-jersey-gay-weddings_n_4124145.html

Meanwhile, coming up on October 22 is the March On Springfield in support of marriage equality in the state of Illinois. The Illinois State Senate has passed SB 10, the “Religious Freedom and Marriage Fairness Act,” which awaits passage by the lower house.

Both of these are important reminders that even with such historic victories as the end of the federal Defense of Marriage Act and the overturning of California’s Proposition 8, much of the nation still is striving for equality. It is an exciting and hopeful time for our nation, and the day cannot come soon enough when all of our families enjoy equal respect and protection under the law.