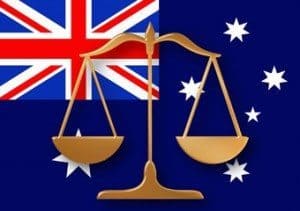 Recent news out of Australia is evidence of two important trends: first, that the number of children born through surrogacy is increasing significantly, and second, that Australia, like many other countries, is struggling to find ways for its legal system to keep up with fertility technology.

In a statement issued in December, Chief Federal Court Magistrate John Pascoe made what many Australians considered to be a controversial announcement.

Australia should legalize commercial surrogacy to stop the exploitation of women overseas and to ensure that agreements are properly regulated to protect children, surrogates and commissioning parents.

Currently under Australian law, altruistic surrogacy (surrogacy arrangements in which the surrogate is not compensated) is allowed, but commercial surrogacy (where the surrogate receives compensation) is banned in New South Wales, Queensland, Tasmania and the Australian Capital Territory. In reaction, many infertile Australian couples seek the services of surrogate mothers from the United States, India and other countries. The Pascoe proposal reflects concerns about the potential for economic exploitation of foreign surrogates.

The need to address existing surrogacy statutes in Australia is supported by research from the advocacy group Surrogacy Australia, which analyzed the trend in surrogacy births.

Pascoe’s proposal would create a system similar to that of California, relying on executed contracts between intended parents and the surrogate to clearly define the legal status of the child as well as the responsibilities of all parties to the agreement.

Not all interested parties are supportive of the proposed changes to surrogacy law. Reportedly, bioethicist Leslie Cannon is strongly opposed to any type of commercial surrogacy, while another well-known bioethicist, Loane Skene, is confident that the safeguards proposed by Pascoe can be successfully memorialized in law.

The current debate taking place in Australia reflects the rapidly changing legal landscape in the area of assisted reproductive technology. The wide divergence in U.S. laws from state to state are indicative of the range of opinions about surrogacy and ART and of the challenges lawmakers face in staying abreast of new technologies.