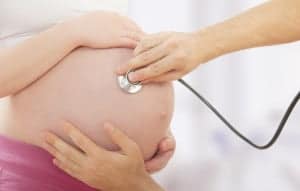 One of the exciting aspects of working in fertility law is seeing over time not only how assisted reproductive technology is making family formation so much more accessible but also how improvements in the technology are leading to better outcomes for intended parents and babies. The Today Show, as part of a series on ART, recently highlighted technological improvements that have resulted in fewer births of triplets and higher multiples and, increasingly, fewer births of twins.

In many European countries, where in vitro fertilization may be covered under national healthcare plans, women are restricted to single-embryo transfer, greatly reducing the potential for twins. As Today reported:

The American Society for Reproductive Medicine (ASRM) is trying to make it the norm in the U.S., too. Its guidelines, updated earlier this year, say that for women with reasonable medical odds of success, those under 35 should be offered single embryo transfer and no more than two at a time. The number rises with age, to two or three embryos for women up to 40, since older women have more trouble conceiving.

Thanks to better screening technology, the growing practice of allowing embryos to mature longer before implantation, and the freezing of embryos to allow time for chromosome testing and timing of the transfer, the success rate of single-embryo transfers has improved significantly.

Of course, cost is a factor: chromosome testing and freezing of embryos adds roughly $4,000 to the cost of IVF; and some intended parents would rather risk twins or multiples than go through several rounds of IVF, at an average $14,000 per cycle.

But studies indicate the improved outcomes with single embryo implants are increasingly likely to offset the lower chance of conception. A recent study randomly assigned 175 women receiving IVF treatment to receive either a single embryo screening or two embryos with no screening, Today reports.

More than half of the double transfers produced twins but none of the single ones did. Babies from double transfers were more likely to be premature; more than one-third spent time in a neonatal intensive care unit versus 8 percent of the others.

When Tommy and I were trying to start a family via embryo donation and surrogacy some six years ago, it was much more commonplace to have two or more embryos transferred. We were thrilled with the birth of our healthy twin boys… and we realize we were very fortunate to experience none of the complications such as premature birth or longer hospital stays that often accompany twins.  I’m proud to serve on the board of The American Fertility Association and to have the opportunity to work closely with many professionals who are working to not only offer more people the option to have children but to continually seek to improve standards of care to increase the odds of healthy births and healthy babies.