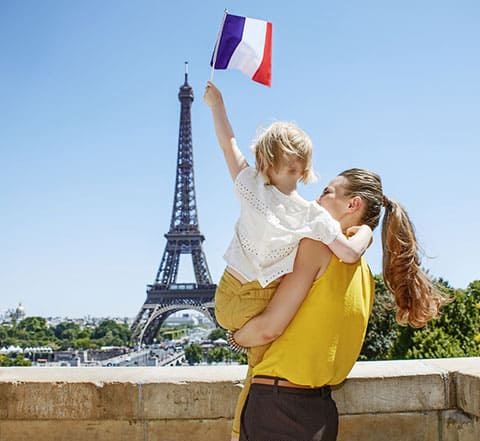 A July 5 ruling by the French supreme court, or Cour de cassation, has brought some clarity but not necessarily made things any easier for French intended parents seeking French recognition of their parental authority for children born via surrogacy. Surrogacy has been illegal in France since 1991, sending a tide of intended parents to seek out surrogates in other countries, only to encounter legal difficulties back home in establishing their babies’ nationality and their parental rights.

In the wake of the recent French court decision, parents of children born via foreign surrogacy, whether gay or straight, must undergo a series of three steps, including second-parent adoption, in order to be recorded as parent on their child’s French birth certificate.

The convoluted process the French court ruling has imposed upon intended parents, although it clarifies French parentage law, is a setback in the wake of several European Court of Human Rights rulings that have tended to treat recognition of parental authority and citizenship for children born abroad via surrogacy as basic human rights. As we reported, the ECHR ruled in two cases in June 2014 that France must recognize the parental relationship of parents who have genetically related children via surrogacy in other countries. French children born abroad via surrogacy would receive passports and French identity cards and would be able to request certificates of French nationality. The decision was applicable to all 47 Council of Europe member nations. As we wrote at the time:

The ruling establishes the following three-step process for intended parents with children born via surrogacy abroad:

Although the French high court’s July 5 ruling complies with the ECHR’s directive by offering intended parents a legal route to establishing parental authority of their children born abroad via surrogacy, it sure doesn’t make it easy for them to do so, nor does it treat intended parents via surrogacy in the same way as it does other parents whose children were born abroad. In reporting on a 2013 ECHR decision, we pointed out the social conservativism of much of French society and ongoing public opposition to assisted reproductive technology.

While the French government is moving in the right direction to provide legal security for children of same-sex couples and families created via ART, French public support continues to lag behind. When the French assembly passed the gay marriage bill recently, research indicated the majority of French people still had strong opposition to “assisted births.” In fact, French legislators assured constituents that the gay marriage bill would not do anything to weaken France’s ban on surrogacy, in effect since 1991.

When we wrote that piece in 2013, the pendulum of justice seemed to be swinging toward increased reproductive freedom in France and a lessening of societal disapproval of ART. Now the pendulum swings the other way, a pattern common in societies undergoing change. Just as increased visibility and openness have fostered acceptance of LGBT rights, putting a human face to intended parents seeking citizenship and parental authority for their children born via surrogacy may be the most effective way of changing hearts and minds.