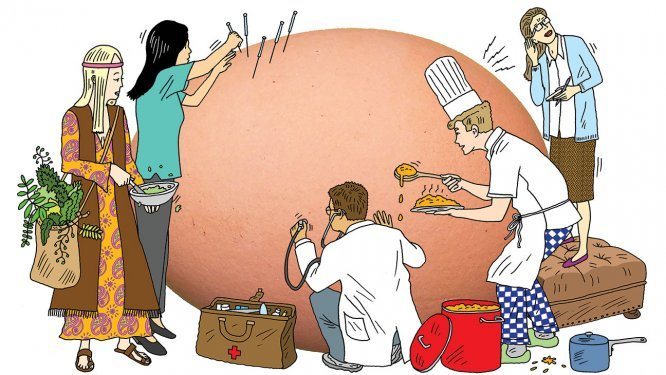 Just out in the Jan. 23 issue of The Hollywood Reporter is a well-researched and informative article on assisted reproductive technology. Researchers from the publication interviewed me for the piece back in the fall, and author Kalee Thompson has done a great job pulling together a broad-based survey of the medical and biological realities behind the headlines.

Among the trends tackled in the article is the increasingly common phenomenon of “open donation,” in which the egg or sperm donor and the intended parents mutually agree that the donor’s identity will be released upon the child’s 18th birthday. In the case cited here, a group of moms whose children were all fathered by the same sperm donor have their own Facebook page and gather, with offspring, for outings and “family reunions.”

Another hot-button issue addressed in the article is the misperceptions created by the frequent media headlines about 40-something celebrities becoming moms. What are typically not reported are the difficulties women in their 40s typically have in conceiving and the fact that many pregnancies at that age are achieved only with ART, often including egg donation and use of gestational carriers, or surrogates. The fact is that even among healthy, fit women, the viability of eggs begins to decline in the mid-30s. As the article states, by age 44, 95 percent of a woman’s eggs are not viable.

On a brighter note, the article also talks about the rapidly advancing technologies that offer solutions for many infertile men and women: cryopreservation, or the freezing of eggs, sperm or embryos and advanced testing methods to ensure chromosomal normality, among others. As I point out in the article, we in California also are exceptionally fortunate in that our laws here fully recognize the intended parents as the legal parents of their children born via ART, a reassurance that those in many parts of the U.S. and the world do not enjoy. At any rate, the article’s a good read, and kudos to The Hollywood Reporter for taking on a technically tough and serious topic that undoubtedly has such a tremendous impact on thousands of readers.