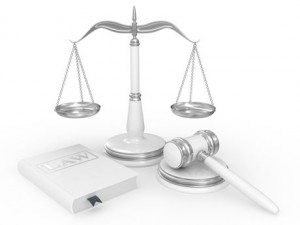 I and numerous colleagues in the field of assisted reproductive technology law are celebrating great news: last week the Illinois Department of Public Health reversed its discriminatory policy and instructed that names of both same-sex intended parents be entered on birth certificates in gestational surrogacy cases. Although the Illinois Gestational Surrogacy Act (IL-GSA), which took effect in 2005, was written in a gender neutral fashion, the Illinois Department of Public Health prohibited placing the name of a same-sex second parent on the birth certificate without first obtaining a separate court order of adoption—adding an extra layer of legal procedure and expense for same-sex couples going through the surrogacy process in Illinois.

Nidhi Desai of Ballard, Desai & Miller, one of the original framers of the IL-GSA, wrote this week, “There has been a tremendous amount of push back over the years on this issue, and it is a relief to have this issue resolved consistent with the intent of the statute, particularly without having any litigation or other unpleasantries.”

After running up against this discriminatory roadblock of my clients’ rights on more than one occasion, I spoke with an Illinois state representative who was able to go through internal channels and ensure that the IDPH changed its policy to comply with the law.

In a November 15, 2012 letter sent to all Illinois hospitals, IDPH wrote:

Please be advised that the Department has implemented a change in procedure, regarding the completion of the birth record, for those couples involved in a gestational surrogacy contract. The genders of the "intended parents" will no longer be a meaningful distinction, per the Gestational Surrogacy Act. Therefore, from this point forward, all same-sex "intended" parents that are not married nor in a civil union, will be recorded on the birth record, in the same manner that you currently record opposite-sex intended" parents.

Effective immediately, all birthing hospitals shall begin to place the names of both the biologic and the non-biologic (non-genetic) same sex "intended" parents on the birth record of the child, provided that all requirements of the Gestational Surrogacy Act are met.

On a side note that will be especially appreciated by LGBT couples, the IDPH instructions to hospitals on how to correctly fill out the online birth certificate form include this statement:

For questions regarding which parent’s name goes in which field (Mother/Co-parent or Father/Co-parent), allow the intended parents to decide.

My thanks and gratitude go out to those forward-thinking Illinois government legislators, officials and administrators who saw through the red-tape of an outdated and discriminatory policy to find the right answer for intended parents and their children!