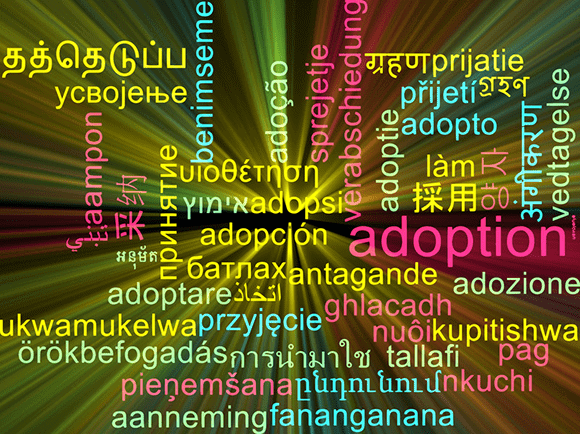 Growing obstacles to intercountry adoption have drastically reduced the number of children adopted by U.S. residents from other countries—making assisted reproduction an increasingly appealing alternative for many seeking to fulfill their dreams of parenthood.

The causes of this drastic drop differ from country to country, ranging from changes in government policies, to social and political pressure arising from embarrassing headlines, to the growing affluence of emerging economies. The result of this confluence of factors has been to make it more difficult, more time-consuming and more costly for U.S. intended parents to adopt children from other countries—even as tens of thousands of children from all over the world remain in need of good homes.

The same demographic and political factors that are driving the decline in intercountry adoption have had the unintended consequence of increasing the appeal of assisted reproductive technology (ART) by comparison. As prospects for intercountry adoption over the past decade became more uncertain and legally difficult, more costly and, thanks to a few tragic and embarrassing incidents, less socially and politically acceptable, technologies such as in vitro fertilization and surrogacy have become more accessible and more cost-effective, gaining broad societal acceptance in many parts of the world as a solution for infertile individuals, single intended parents and same-sex couples.

Last month (March 14, 2019), the U.S. State Department released its FY 2018 Annual Report on Intercountry Adoptions, which shows that U.S. residents adopted just over 4,000 children through intercountry adoption from October 2017 through September 2018—a 13 percent drop from the previous year. Many adoption advocates, including the Academy of Adoption and Assisted Reproduction Attorneys (of which I am a fellow), have witnessed, with a heavy heart, that:

The majority of orphans denied intercountry adoption are not finding equal or better solutions in their country of birth; on the contrary, they are living and dying in institutions in ever-growing numbers. Research conclusively shows that the majority of those who survive the orphanage experience will experience permanent emotional and physical harm and will age out into a world that will exploit them in horrible and degrading ways.

Growing Affluence in Emerging Economies
Some factors believed to have contributed to the decline in intercountry adoptions are the growing affluence in certain countries, as reported by U.S. News & World Report. U.S. adoptions from China, the source of most intercountry adoptions to the U.S. for the past several years, dropped to 1,475 in 2018, from a high of nearly 8,000 in 2005. The decline is attributed in part to China’s burgeoning economy, which has grown the country’s middle class and increased individual wealth, with an accompanying increase in domestic adoptions.

With or without improved economic conditions, several countries with large numbers of children adopted abroad instituted policies encouraging domestic adoption and disincentivizing extra-national adoptions. For example, despite continuing poverty and institutional challenges, Haiti is working to establish a domestic foster care program; adoptions from that country to the U.S. also dropped in 2018, from 227 to 196.

As the U.S. News & World Report continues, Ethiopia also imposed a ban on foreign adoptions, in part due to concerns for the welfare of the adoptees and questions about the integrity of some adoption agencies. U.S. adoptions from Ethiopia dropped from 313 in 2017 to just 177 last year.

Ethiopia began red-flagging foreign adoptions following a spate of negative publicity about African children adopted to families abroad, including cases in which parents were allegedly tricked into surrendering their parental rights. Although such cases are few in number, they generate extensive, salacious media coverage, and the resulting damage to public perception is often long-lasting and resistant to the narrative of the overwhelmingly positive outcomes for intercountry adoptions.

As in the previous three years, no children were adopted to the U.S. from Russia in 2018, the lingering, unintended consequence of the U.S.’s passage of the 2012 Magnitsky Act, followed by passage of the Global Magnitsky Act in 2016. The original act was passed in response to the murder of a Russian whistleblower by Russian authorities while in detention. In angry reaction to the act, which restricts travel and freezes assets of individuals who commit human rights violations in Russia or elsewhere, Russian President Vladimir Putin banned all adoptions to the U.S. from Russia.

Authorities in some countries point to bad actors and tragic stories to justify bans on intercountry adoptions. In rare cases, U.S. adoptive parents have attempted to return adopted children to their countries of origin. In some cases, adopted children have been transferred from one home to another without authorization or official review. Some U.S. agencies reportedly have failed to meet other countries’ requirements for monitoring and reporting on adoptees’ welfare. Although cases of abuse or corruption are rare, a single headline about “baby selling” or exploitation of impoverished families can be all it takes to create official backlash and public protests. Sensational news stories are often followed by official bans or strategic slowdowns of the adoption process.

Whatever the reasons, those who pay the highest cost of the drop in intercountry adoptions are the many thousands of children who will languish in non-profit or government-funded institutions for their entire childhoods, too often only to fall prey to trafficking or other forms of exploitation upon aging out of their countries’ programs. Also injured are the many would-be parents who are willing and capable of offering loving homes and a better life to at-risk children, including many who have medical or developmental disabilities that negate their prospects for domestic adoption.

Choosing one’s path to parenthood is an intensely personal and impactful decision, one that will affect not just the intended parents and child, but entire extended families and communities. Some intended parents are dedicated to the mission of providing homes to those children in greatest need, only to have their best intentions questioned and subverted by the current system of international adoptions. Some eagerly accept the lifelong responsibility of caring for a child from an impoverished background or with special needs, only to face years of heartbreaking delays, bureaucratic obstacle courses, spiraling costs and, all too often, crushing disappointment in the end.

The drop in intercountry adoptions is evidence these global disincentives are taking their toll. In this new environment, the process of having a child via assisted reproductive technology, once considered more difficult, more costly and more time-consuming, now often compares favorably to the process of becoming a parent through intercountry adoption. We look forward to the time when the international community succeeds in ensuring that all children, regardless of their countries of origin or how are they are conceived, are wanted, cared for, sheltered and loved.