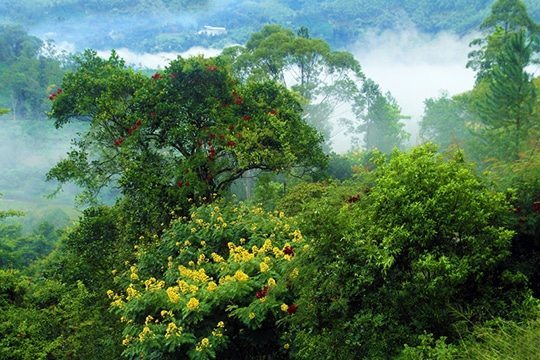 It’s common knowledge that the world’s rainforests contain untold millions of plants and animals that may hold miraculous cures for innumerable human ailments. A study by a group of UC Santa Barbara scientists, published recently in the journal Science, found that infection with a parasitic roundworm found in the Amazon rainforest may increase women’s fertility.

As reported by The Telegraph, the nine-year study, which tracked 986 indigenous women living in the Bolivian rain forest, found that those who became infected with the giant roundworm had on average two more children than women who were uninfected,. The worm, Ascaris, is an intestinal parasite that infects approximately 70 percent of the Tsimane population.

Infestation with the worms was found to shorten the time between pregnancies and cause women to become pregnant at a younger age. One of the Santa Barbara researchers, Professor Aaron Blackwell, told BBC News the scientists think infection by the worms cause changes to the women’s immune systems similar to those that occur during pregnancy. Blackwell cautioned that lots more work remains before the worms could be used as a treatment for infertility.

Working in a field, assisted reproductive technology, in which sophisticated, human-engineered technological advancements occur all the time, it’s nice to be reminded that the natural world still holds wonders that may be equally miraculous in their impact—one more reason to be thankful during this holiday season.