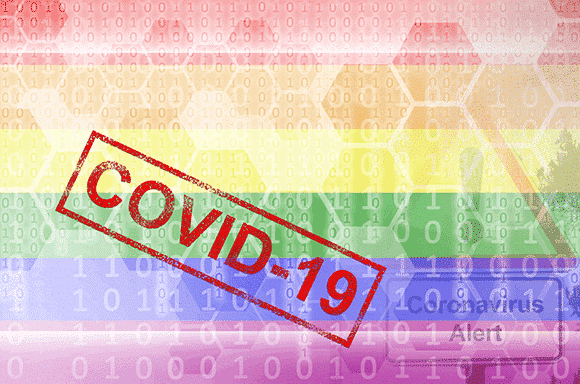 As intended parents, donors and surrogates all over the world are postponing procedures, cancelling appointments, and juggling last-minute changes to travel and birthing plans due to the coronavirus COVID-19 pandemic, LGBTQ intended parents are among those most impacted by the crisis.

The legalization of same-sex marriage in the United States in 2015 as well as in other parts of the world has fueled a “gayby boom” of same-sex couples who want to become parents. In a 2015 report based on U.S. Census Bureau data, the Williams Institute at UCLA estimated 122,000 same-sex couples in the U.S. were raising children under age 18. Although specific data on the number of LGBTQ or same-sex intended parents who have babies via surrogacy has never been available, a 2016 report by BioEdge cites a study of fertility clinics in 10 U.S. cities, indicating, at that time, that 10 to 20 percent of donated eggs were being used by gay intended parents.

But in many countries, even those where surrogacy is allowed, LGBTQ and same-sex intended are prohibited from participating. In contrast, the United States has become known as a safe, regulated and, in many jurisdictions, LGBTQ-friendly haven for intended parents from all over the world. Now, many of those who came to or planned to come to the U.S. to have their babies are caught in the COVID-19 chaos.

As reported in The New York Times recently, many intended parents are scrambling to rebook flights or make fostering or guardianship arrangements. As reported by Gay Star News, NELFA (Network of European LGBTIQ* Families Associations) is fielding numerous reports of LGBTQ intended parents separated by travel bans from surrogates and partners or stranded abroad and unable to return home with their newborns.

Here are more articles and information about the COVID-19 pandemic and its impact on our clients, intended parents, surrogates and donors.