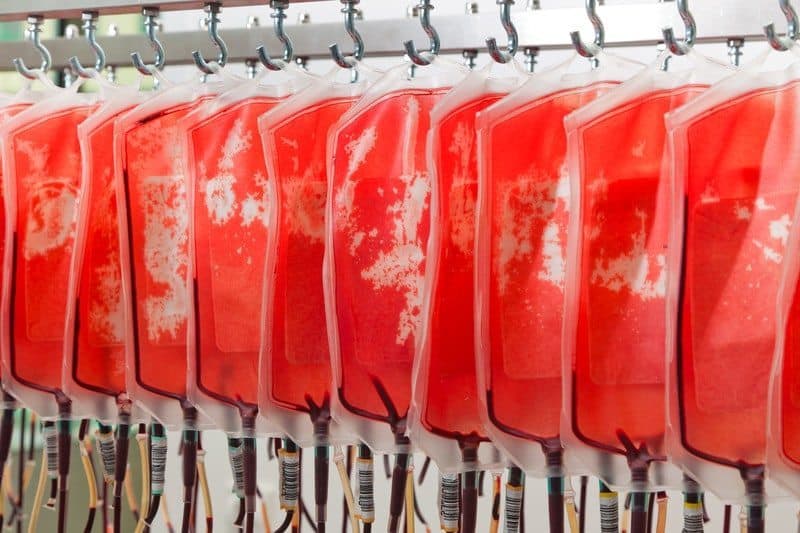 The U.S. Food and Drug Administration announced earlier this week that it is lifting its three-decade-old rule prohibiting gay and bisexual from donating blood. However, the agency said it will continue to prohibit blood donations from men who have had sex with men during the previous 12 months.

In its press statement, the FDA wrote: “As part of today’s finalized blood donor deferral guidance, the FDA is changing its recommendation that  men who have sex with men (MSM) be indefinitely deferred— a policy that has been in place for approximately 30 years—to 12 months since the last sexual contact with another man. These updated recommendations better align the deferral period for MSM with the deferral period for other men and women at increased risk for HIV infection—such as those who had a recent blood transfusion or those who have been accidentally exposed to the blood of another individual. The FDA examined a variety of recent studies, epidemiologic data, and shared experiences from other countries that have made recent MSM deferral policy changes.”

The UCLA-based Williams Institute estimates that the rules change could add about 317,000 pints of blood to the nation’s supply annually, an increase of 2 percent to 4 percent. However, in excluding the estimated 3.8 percent of American men who report having had a male sexual partner in the past year, the increase in supply will only be half as large as it potentially could be, the institute reported.

The new FDA rule is a baby step toward ending a policy that discriminates against and demeans gay and bisexual men. Sean Cahill of the Boston-based research and advocacy center Fenway Institute called it “an important incremental step toward a better policy,” as cited by The New York Times when the FDA announced its preliminary recommendation last year. “That’s how policies often change— incrementally,” Cahill said.

But other LGBT and health advocacy groups have criticized the requirement of a year-long abstinence from gay sex in order for gay and bisexual men to be blood donors.

Kelsey Louie of GMHC (formerly Gay Men’s Health Crisis) said the FDA rule “ignores the modern science of HIV-testing technology while perpetuating the stereotype that all gay and bisexual men are inherently dangerous,” the Times reported this week.

David Stacy of LGBT advocacy organization Human Rights Campaign said the new policy prevents men from donating blood “based solely on their sexual orientation rather than actual risk to the blood supply” and “continues to stigmatize gay and bisexual men.”

The newest blood testing technology is able to narrow the period when the HIV virus might not show up in the sample of a donor who had been infected with HIV to just nine days.  That nine-day “window”—when an HIV-infected donor might test negative but still transmit the disease—is the justification the FDA uses for the year-long “deferral period.” A 12-month waiting period for approval as a blood donor also is applied to individuals with other risk factors, such as getting a tattoo or piercing, an accidental needle stick, or treatment for syphilis or gonorrhea. People who have traveled to regions where malaria is common are prohibited from donating blood for a year, even though malaria symptoms occur within 40 days of exposure. The 12-month waiting period also is imposed on heterosexual people who have sex with prostitutes or intravenous drug users.

The FDA’s Dr. Peter W. Marks, deputy director of the agency’s Center for Biologics Evaluation and Research, said the 12-month deferral period is “supported by the best available research” and is similar to deferral periods imposed in Britain and Australia, The New York Times reported. The agency has said there are no studies currently in existence that show that a shorter deferral period would protect the blood supply.

Experience tells us that the science of blood screening will continue to advance, and eventually we will have the evidence we need to ensure that it is safe for gay and bisexual men to give blood. As I noted in a presentation at the American Society for Reproductive Medicine annual meeting last year, not so long ago, it was unthinkable for a man living with HIV to intentionally father a child. The danger of transmitting the disease, via infected sperm, to the mother or surrogate and the unborn child, was prohibitive. But over the past 17 years, researchers have developed sophisticated testing and sperm-washing procedures that have eliminated virtually all risk of such transmission. The first baby was born using these new technologies in 1999, and the number has since grown to more than 260, with all moms, surrogates and babies testing negative for HIV. As the science has advanced, the stigma associated with HIV+ men seeking to become fathers has diminished. I have faith the same slow, steady progress will occur in the science of blood screening, that studies of the efficacy of shorter deferral periods will be conducted, and as those advancements take place, the current prejudice and discrimination against gay blood donors will also one day be just a memory from a less enlightened past.