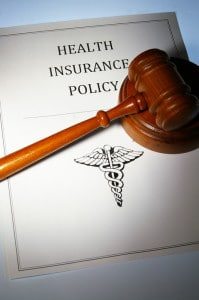 A California bill recently signed into law by Gov. Jerry Brown, AB 460, clarifies language and clears up confusion around whether gay and lesbian intended parents are entitled to insurance coverage for infertility treatment: They are.

California previously required that insurers offered registered domestic partners the same infertility treatment coverage as heterosexuals, but some insurers continued to discriminate against same-sex couples based on a legal definition of infertility that created confusion and thus a loophole. California law previously defined infertility as either:

(1) the presence of a demonstrated condition recognized by a licensed physician as a cause of infertility, or (2) the inability to conceive a pregnancy or to carry a pregnancy to live birth after a year or more of regular sexual relations without contraception.

Obviously, for gay or lesbian couples, that definition doesn’t work.

As reported in the ASRM (American Society for Reproductive Medicine) Bulletin:

Language in the bill [AB 460] clarified that nothing in this bill should interfere with the clinical judgment of a physician and surgeon, and that insurers and HMOs are prohibited from making coverage decisions on a discriminatory basis.

Existing law required California insurers that offered group coverage and health plans covering at least 20 employees to offer coverage for infertility treatment, excluding in vitro fertilization (Note: both the old and new law do not require insurers to cover infertility treatments as part of basic insurance; rather, the law only requires insurers to offer such coverage (and, of course, the insurers can charge a premium for the additional coverage). But some insurers used the definition of infertility to avoid even offering coverage to gay and lesbian couples. In one case cited by the National Center for Lesbian Rights, in support of AB 460:

A woman from Alameda County who was denied coverage by her health insurance provider for infertility treatment, despite having been previously diagnosed with an organic infertility condition (fibroids), because she did not meet her plan's definition of "infertility," which required her to have had intercourse with a man for a period of time without conceiving.

In its support of the bill, ASRM reported that although coverage policies differed from insurer to insurer, a rule of thumb was that infertility for heterosexual couples was defined as the inability to conceive after having had frequent, unprotected sex for one year, or for six months if the woman was over 35. A single woman, on the other hand, was generally deemed infertile if she failed to conceive after six to 12 cycles of artificial insemination.

ASRM states that these descriptions are inherently discriminatory, as a woman must pay for artificial insemination prior to being able to meet the definition of infertility, and that these definitions apply to a single woman, but not to a single man.

The bill generated a good deal of interesting and often contentious debate on what the limits should be in covering conditions of infertility and attendant economic issues, a topic addressed by fertility educator and writer Lisa Rosenthal in her blog, Path To Fertility. Should insurers also be required to offer infertility treatment coverage to women who are unable to conceive because they have entered peri-menopause? What about a transgender male-to-female who wishes to conceive? The knee-jerk reaction might be to say, “No, not if it raises my insurance premium.” But then what about individuals who contract cancer or another catastrophic illness, whose treatment also may impact insurance premiums? Who has the right to determine who does and does not have the right to try to procreate?

All are heavy questions that will no doubt be debated extensively as our population ages, technology advances, and health care costs continue to rise. For today, we celebrate the step California has taken toward the equal rights of LGBT couples to create families in the way that is best for them.