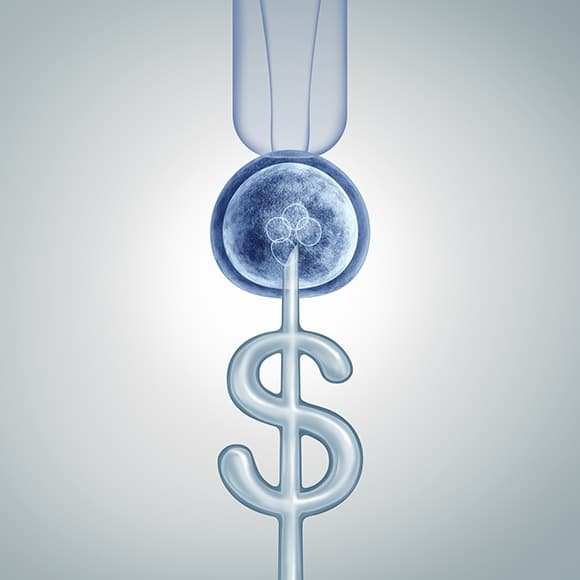 Under a new law effective January 1, about half of insured New Yorkers—some 2.5 million people—now have access to insurance coverage for in vitro fertilization, or IVF, for treatment of infertility.

Passed in 2019 as part of Governor Andrew Cuomo’s 2020 proposal, the law requires large insurance plans—those insuring more than 100 individuals—to cover up to three rounds of IVF for women diagnosed with infertility. Small employer insurance plans (fewer than 100 people), individual plans, self-insured plans and Medicaid are exempt from the requirement.

The new law also requires individual, small- and large-group policies to cover fertility preservation services, such as egg or sperm freezing, for patients undergoing medical treatments for diseases such as cancer or sickle cell anemia that might render them infertile, as I explained to the New York Post last fall.

Earlier, more far-reaching versions of the bill, the Fair Access to Fertility Treatment Act, or FAFTA, passed both the state Senate and Assembly in 2018. According to RESOLVE: The National Infertility Association, which led a coalition of advocacy organizations in support of the law, the original bill would have mandated that all commercial insurers, including small-group and individual policies, cover IVF, and put no cap on the number of IVF cycles covered. However, according to RESOLVE, “a little-known provision in the Affordable Care Act (ACA) has made it challenging for states to pass new insurance laws.” By including the law in his 2020 budget proposal, Cuomo essentially updated the state’s existing insurance law for fertility treatments—last updated in 2002. It was only in 2012 that ASRM (American Society for Reproductive Medicine) dropped the term “experimental” when discussing egg cryopreservation technology. RESOLVE continues to work with states to help them update antiquated insurance laws within the ACA guidelines.

New York is among 16 U.S. states that require some type of insurance coverage for infertility treatment, according to the National Conference of State Legislatures. Fourteen states require insurers to cover treatment; two states—California and Texas—require insurers to offer coverage as an option.

Some 10 percent of U.S. women of childbearing age have received some form of treatment for infertility. Estimated costs for a single IVF cycle range from $3,500 to $20,000, not including the cost of medications.

Health insurers historically have opposed mandated coverage, claiming the costs of treatment would force health premiums up. As reported by CalMatters, the California state legislature failed to pass a 2019 bill that would have required insurers to cover IVF. “IVF can be an important option for those who are experiencing infertility and want to have children, and we don’t dispute that. But adding $500 million in additional costs per year increases premiums for everyone,” Mary Ellen Grant, spokeswoman for the California Association of Health Plans, told CalMatters.

However, a more tightly targeted bill clarifying that “standard fertility preservation services are a basic health care service and are not within the scope of coverage for infertility treatment did pass and was signed by California Governor Gavin Newsom in October 2019. The provision does not cover Medi-Cal patients.

While the New York legislature’s expansion of access to IVF for millions of women, it falls short of providing equal reproductive rights for same-sex couples and members of the LGBT community. As RESOLVE reports, under the new law, straight couples, lesbian couples and single women who need IVF and are in large-group insurance plans, will be covered. The new law also “prohibits delivery of insurance coverage from discriminating based on age, sex, sexual orientation, marital status, or gender identity, as RESOLVE reports. However, as I told The New York Post, the law also relies upon a standard and limiting definition of infertility to determine who is and is not eligible for IVF treatment:

The state of New York defines infertility as a disease or condition characterized by the incapacity to impregnate another person or to conceive, as diagnosed or determined by a physician or by the failure to establish a clinical pregnancy after 12 months of regular, unprotected sexual intercourse, or after six months of regular, unprotected sexual intercourse for women 35 or older.

Because of this definition, additional fine-tuning will be needed—either via legislation or court cases—to ensure that gay men or single men are not unfairly discriminated against. And we support ongoing efforts to extend IVF coverage to individuals with small-group or individual insurance plans and to those on Medicaid.

Even with its imperfections, lowering the financial obstacles to infertility treatment for millions of New Yorkers is a tremendous achievement and a giant step on the path to equal reproductive rights. As RESOLVE Chief Engagement Officer Betsy Campbell told CalMatters, “Cost should not be a barrier to getting the care you need. The only reason the word ‘expensive’ is used is because the treatment for this disease [of infertility] is not covered by insurance.” New York is doing its part to level the playing field for intended parents.