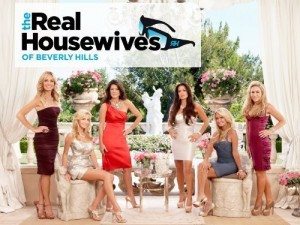 Since December the Internet and celebrity media outlets have been abuzz with the feud between Bravo’s Real Housewives of Beverly Hills (RHOBH) stars Brandi Glanville and Adrienne Maloof. Apparently during the taping of a segment for the new season, Glanville revealed that Maloof had used a surrogate to have her twin boys, Christian and Colin, now 6 years old. Setting aside for a moment the largely irrelevant issue of the supposed feud, the publicity surrounding what is and should be a completely personal decision has raised awareness of a question that every parent of a child born through surrogacy faces: When, how and what do I tell my child about his or her birth story?

I wrote earlier about the decisions that intended parents have to make when considering surrogacy. Most of those decisions have to do with choices made before the pregnancy and birth of children born via assisted reproductive technology. What the Glanville/Maloof story points out is that the challenging decisions don’t stop with birth. Parents of children born through surrogacy or other forms of ART continue to face decisions unique to this evolving technological miracle as their babies grow up and begin to ask questions.

After the story of her surrogate births made headlines, Maloof revealed that she was advised to talk to her children about their birth, but not until they were 10 years old. Not all child development experts and parents agree, however, and the growing number of children being born via ART increases the need for more and better information. A 2009 New York Times article reflected this challenge.

So many parents are trying to figure out how to tell this new story that Judith Kottick, a licensed social worker in Montclair, N.J., provides counseling in just that area. “What kids want to know is that they’re in the family they were meant to be in—that they belong to their mom and dad,” she said.

She advises parents to start telling their children’s birth story early. “You want them to grow up with the information so it’s not a news flash,” Ms. Kottick said. She also recommends some of the new children’s books that are tailored to the story of birth through surrogacy, like “Hope & Will Have a Baby: The Gift of Surrogacy” by Irene Celcer.

How and when you decide to talk with your child about his or her birth story can be influenced by the role of the surrogate in your family’s life. For Jeffrey T. Parsons and his partner, Chris Hietikko, talking to their son about his birth will include an explanation of the role of Jessica, the surrogate, whom they see on a regular basis. According to Parsons, a psychology professor, when son Henry starts to inquire about his birth story, the conversation will go something like this:

I would probably relate it to one of his friends. I’d say, “You’ve met your friend Michael’s dad and mom. You have two dads, right? Well, it takes a [woman] to make a baby because they grow them in their tummy. That’s Jessica.”

As parents of children born through surrogacy, it is our responsibility, to the best of our ability, to figure out the best way to talk with our children about their birth. This includes being prepared to address all the psychological, medical and even legal issues that may cause your child worry or concern. As the number of children born through surrogacy continues to rise, the body of knowledge and shared parental experience about how to communicate with kids about their ART births also will grow. Staying informed and educated about your child’s specific concerns is a lifetime endeavor—an endeavor of love.