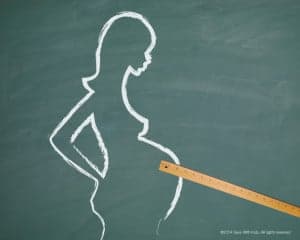 The decision to create a family via surrogacy is a deeply personal one and often fraught with emotion. Adding to that complexity is the fact that surrogacy and parental establishment laws vary dramatically from state to state and from country to country. That’s why it is so important that intended parents have the counsel of an attorney experienced in surrogacy law.

When my husband, Tommy, and I decided to become parents, we wanted to have our own biological children. We opted for gestational surrogacy, which meant we used an egg donor whose eggs were fertilized with sperm from both of us, and a surrogate.

Most intended parents seek an egg donor and surrogate through a donor or surrogacy agency. In some cases, a friend or relative of an intended parent may serve as the surrogate. Either way, the first step is a health screening to ensure the surrogate is physically able to carry a child or children to term. In any of those situations, it is critically important that egg donor and surrogacy agreements be in place to ensure the rights and responsibilities of all parties are clearly understood and protected.

In selecting a surrogate, it is essential that the surrogate and the intended parent or parents agree on a number of issues and that there be a high degree of trust between all the parties. We were matched with a surrogate by Growing Generations, our surrogacy agency, and we liked and trusted her from the very beginning.

One of the most important questions for a potential surrogate: Is she willing to carry multiples? When Tommy and I were starting our family some eight years ago, accepted best practice in fertility care was to implant multiple embryos (2-4) in order to increase the chances that at least one healthy baby would be born.

In our case, the first round of egg fertilization and implantation of three embryos did not result in a pregnancy. On the second round, four embryos were implanted, two fertilized with Tommy’s sperm, two with mine. Although our doctor informed us the likelihood of all four embryos attaching was low, there was of course still a risk we might have ended up with four babies. We made the decision to take that chance, due in part to the expense of having to go through another round of egg donation and fertilization at $15,000 to $20,000 per round. As it happened, two of the embryos made it, and in August 2008 our twin sons were born. When our boys were born, we didn’t know which of us was the biological father, and we have never had DNA tests to find out. The boys have characteristics that make us think we may each have fathered one of them. But ultimately, we discovered, the only important thing is that we have two healthy children whom we love very much.

In the years since our boys were born, assisted reproductive technology has advanced, and more accurate testing is being done on the embryos prior to implantation, resulting in more viable embryos. Best practice has shifted to implantation of fewer embryos, sometimes only one, depending upon the age of the egg donor. The most important thing here is that the surrogate agrees to comply with your fertility physician’s advice for ensuring the best possible outcome.

Other issues are even less cut-and-dried. Intended parents are naturally concerned about the well-being of their child during the pregnancy. But how much control should they have over the surrogate’s behavior during pregnancy? Can they dictate how the surrogate eats and drinks, whether she exercises, whether she uses alcohol or tobacco, how much sleep she gets? Where do intended parents draw the line between normal concern and intrusion on the surrogate’s privacy?

In some states and countries, compensation of a surrogate is illegal. In some jurisdictions, only traditional surrogacy, in which the mother is biologically related to the child, is illegal. In a few jurisdictions, the surrogate is recognized as the child’s parent even when she is not biologically related to the child. In order to navigate this confusing hodgepodge of laws, which are continually changing as technology advances, intended parents must have the advice of an experienced fertility law attorney. With a properly executed surrogacy agreement, all parties are clear on their rights and responsibilities, and the surrogacy is conducted in compliance with local laws.

Perhaps equally as important as the legal agreement is honest, open communication and mutual trust between intended parents and surrogate. In our situation, our surrogate was married and had two great kids. We knew she was a good mother, and we felt confident she would be a good surrogate to our babies. With that mutual trust between us and our surrogate, and with the advice of an experienced attorney, our story had the best of all possible endings—two healthy baby boys.

Originally Posted on Gays With Kids