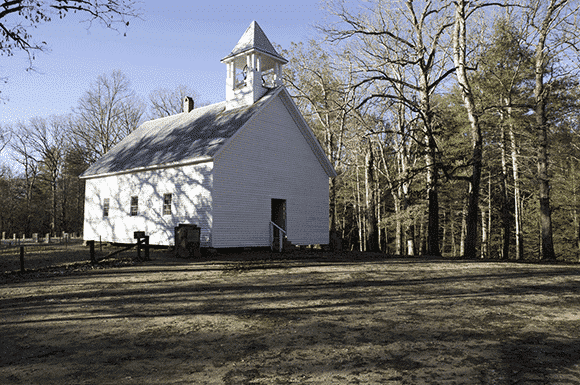 Tennessee legislators passed a law this month that allows faith-based adoption and foster agencies to discriminate against LGBTQ people without jeopardizing their public funding.

Governor Bill Lee has said he will sign the law, which was passed by the Tennessee House in April 2019, then pulled without explanation before advancing to the Senate. It became the first bill passed in the new session. According to The Tennessean, eight other U.S. states have passed similar legislation.

The bill’s sponsor, Sen. Paul Rose, said the new law might not have been necessary had President Trump’s re-election been guaranteed, AP reports.

Rose conceded he thought the bill wasn’t necessary, pointing out that President Donald Trump’s administration is currently proposing a rule that would impose the same protections. Yet he said he advanced the [Tennessee adoption] bill this year because there was no guarantee Trump would be reelected later this year.

Trump’s proposal would rescind an Obama-era rule that prevented foster care agencies from receiving federal funds if they discriminated against families based on sexual orientation and gender identity.

In 2018, the U.S. Department of Health and Human Services announced the opening of a new Conscience and Religious Freedom Division under the HHS Office of Civil Rights. According to a statement on the agency’s website:

The Conscience and Religious Freedom Division has been established to restore federal enforcement of our nation’s laws that protect the fundamental and unalienable rights of conscience and religious freedom.  OCR is the law enforcement agency within HHS that enforces federal laws protecting civil rights and conscience in health and human services, and the security and privacy of people’s health information.  The creation of the new division will provide HHS with the focus it needs to more vigorously and effectively enforce existing laws protecting the rights of conscience and religious freedom, the first freedom protected in the Bill of Rights.

In November 2019, The Washington Post reports, HHS Secretary Alex Azar proposed a broad-reaching new rule that will effectively eliminate discrimination protections for LGBTQ individuals in all the agency’s grant programs.

The most immediate impact would likely be on the nation’s $7 billion federally funded child-welfare system, including foster care and adoption programs. Faith-based agencies in several states, including South Carolina, Texas, Michigan and Pennsylvania, have argued they should not be forced to work with gay, lesbian or transgender parents against their own beliefs.

But the proposed rule would also apply to other HHS grants, including those for HIV and sexually transmitted disease prevention, other public health initiatives, health education, prekindergarten programs and more.

The new Tennessee law and the new federal rules are all part of the same movement to chip away at recently gained equal rights for LGBTQ people, such as the legalization of same-sex marriage and protections against discrimination. As the Tennessee lawmakers knew when they passed it, this legislation will face legal challenges. This law and other similar laws, as well as the new Trump administration rule changes, will surely find their way to the U.S. Supreme Court… where their fate will ultimately be decided by a newly conservative majority.

Today, as we honor the birth of Dr. Martin Luther King Jr., it’s hard not to think of the long road he walked to bring dignity and equality to the poor, to minorities and to the disenfranchised, only to see many of his achievements challenged or erased under our current administration. Still, I find myself lifted, comforted and inspired by his words from “Strength to Love,” written in 1963:

“I believe that unarmed truth and unconditional love will have the final word in reality. This is why right, temporarily defeated, is stronger than evil triumphant.”

In this case “right” has suffered a temporary defeat, and, as is usually the case, those most vulnerable—children waiting for loving homes—will pay the greatest price. As The New York Times reported, there are more than 400,000 children currently in the U.S. foster care system.