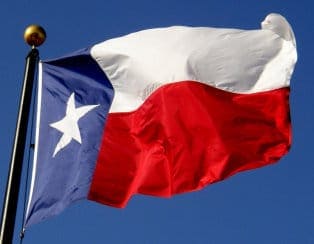 This heartbreaking case from Texas offers yet another example of the insupportable situations families may find themselves in when they enter into informal surrogacy arrangements without benefit of legal counsel and a properly executed surrogacy agreement.

The CNN news clip tells the tale from the surrogate’s point of view—she was deceived about the nature of the arrangement from the outset and believed she would be mother to the child, which was conceived via donated eggs and is not biologically related to her. She tells the interviewer she did not know her friend, the child’s biological father, was gay and believed he was asking her to co-parent the child. The child was removed from the surrogate at birth, and now she’s fighting for custody. The father and his attorney decline to comment to CNN, saying the case is in litigation.

Of course, since there apparently was no agreement in writing, it is a case of he-said-she-said. Texas is one of a handful of states that has adopted gestational carrier regulations in accordance with the Uniform Parentage Act, enacted in 2002 by the National Conference of Commissioners of Uniform State Laws (UPA). The Uniform Parentage Act expanded the definition of mother from one who carries a child to birth to include “one whose egg was fertilized, someone who has been adjudicated as such through adoption, or one under a gestational agreement. Under these last three instances, the woman who carried the child to birth would NOT be the legal mother.” Under Texas law, in order to be legal, a gestational agreement would have to be preapproved by the court before a surrogate became pregnant.

However, since there appears to have been neither a written gestational agreement nor court preapproval in the Texas case, the parentage of the child may be determined under Texas parentage laws predating its adoption of the gestational surrogacy standards set forth in the UPA.

In a field of law that is constantly changing due to rapid advancements in Assisted Reproduction Technology, and in which laws vary dramatically from state to state, the services of a legal professional with expertise in ART are more important than ever. With a properly executed surrogacy agreement in place, all parties to the agreement know their rights and obligations, and none can claim they didn’t know what they were getting into.