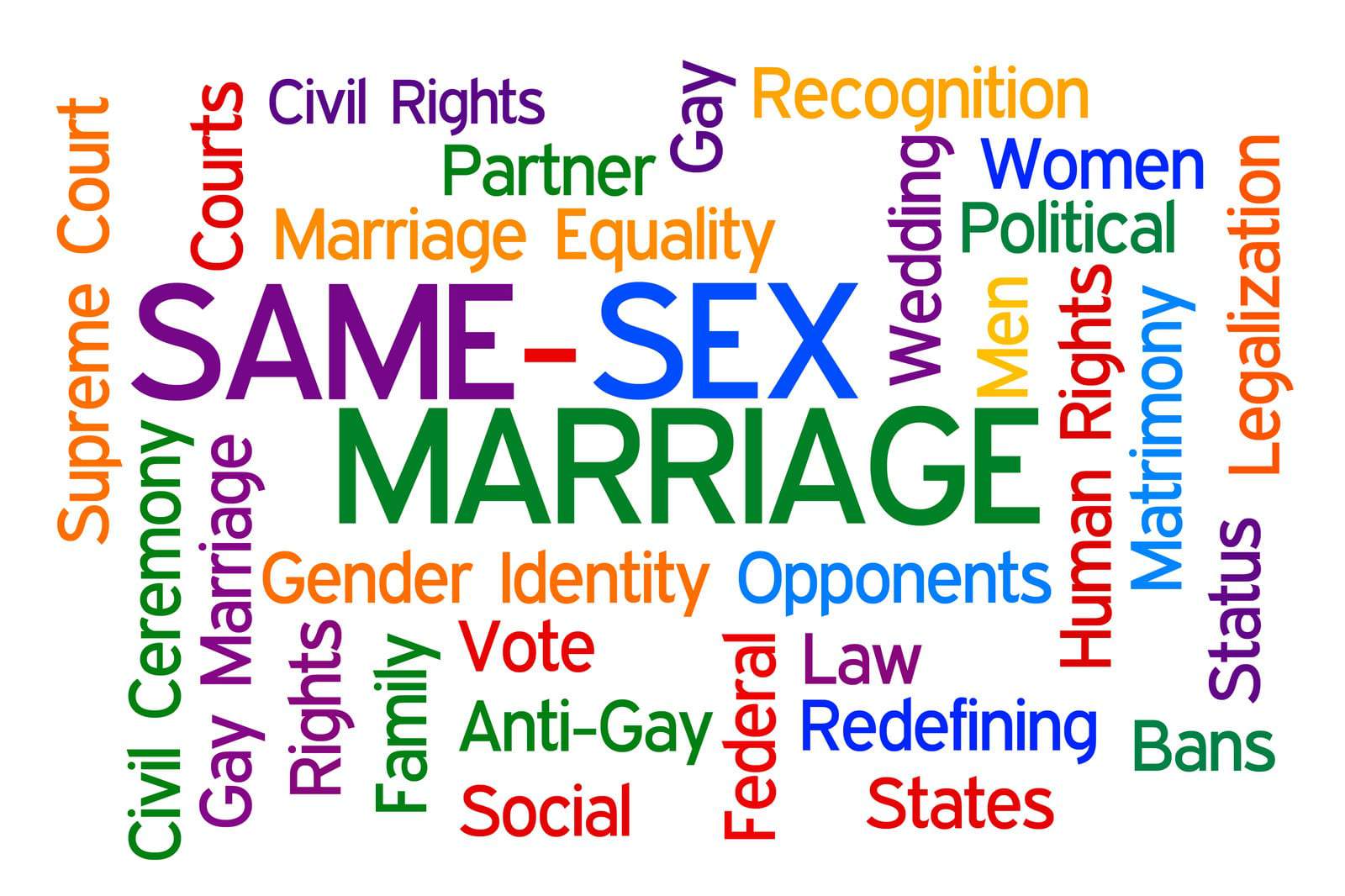 All eyes will be on the nine judges who sit on the U.S. Supreme Court this week, as both sides present their arguments as to whether same-sex marriages should be recognized in all 50 states. It's almost surreal that one of the most important civil rights issues of the 21st century could be argued in a time span shorter than many Hollywood movies. On April 28, the Supreme Court justices will hear oral arguments in four separate cases that comprise this same-sex marriage debate.

That is not to say the whole matter rides on a two-and-a-half hour oral argument. The court has received hundreds of pages of briefs and amicus briefs for and against, and all will be considered in conjunction with the oral arguments. Arguably, it is the written material the justices will lean on more heavily, using the oral arguments as a way to get the attorneys to further clarify their points in the context of the questions the justices present, with observers hanging on every word in an attempt to glean how the court will rule.

Even though the Supreme Court ruled in 2013 that the federal government’s Defense of Marriage Act was unconstitutional, that ruling only applied to federal recognition of same-sex marriage. At issue before the Court on April 28 will be the constitutional authority of states to narrowly define that a marriage can only be between one man and one woman.

The Supreme Court will be considering the constitutionality of not one, but four different cases on April 28, when they hear the oral arguments. The four cases have been consolidated into one hearing slated to last approximately two-and-a-half hours. The lawsuits appealed to the Supreme Court originated in four different states that have banned same-sex marriages.

Obergefell V. Hodges James Obergefell originally filed a lawsuit to have Ohio recognize his out-of-state marriage to his terminally ill spouse, John Arthur, so that Obergefell could be listed on Arthur’s death certificate as the surviving spouse. Obergefell prevailed in his lawsuit in December 2013 in U.S. District Court, but the Ohio Attorney General appealed the decision.

Tanco V. Haslan Drs. Valeria Tanco and Sophy Jesty of Knoxville sued the state of Tennessee to recognize their marriage. On November 14, 2014, the U.S. Sixth Circuit Court of Appeals ruled that Tennessee’s ban on same-sex marriage does not violate the constitution. The plaintiffs then appealed the ruling to the Supreme Court.

Bourke V. Beshear Gregory Bourke and Michael Deleon were legally wed in Ontario, Canada, in 2013. They filed a lawsuit challenging Kentucky’s refusal to recognize their same-sex marriages performed in another jurisdiction. Judge Heyburn with the U.S. District Court for the Western District of Kentucky ruled in February, 2014, that Kentucky must recognize same-sex-marriages from other jurisdictions. Upon appeal, the U.S. Sixth Circuit Court of Appeals ruled that Kentucky’s ban on same-sex marriage does not violate the constitution.

The Supreme Court will be limiting the oral arguments and presentation to the following questions.

Central to rulings in favor of same-sex marriage is the equal protection clause of the Fourteenth Amendment to the U.S. Constitution.

The cornerstone argument for those opposed to same-sex marriage is the Tenth Amendment to the U.S. Constitution, which expresses the principle of federalism in our government and that of state’s rights.
“The powers not delegated to the United States by the Constitution, nor prohibited by it to the States, are reserved to the States respectively, or to the people.”

Lyle Denniston, writing for the SCOTUSBlog, reviewed the briefs filed by the various states supporting their respective bans on same-sex marriage. A common argument was, “What is at stake in these cases is nothing less than the right of self-government in the political communities of the several states, exercising sovereign powers.”

A similar argument noted by Denniston was, “States are entitled to define marriage in that traditional way, to promote child-bearing within a natural biological partnership, and same-sex couples can be excluded from marriage because they are not similarly capable of procreation as a couple.”

Of course the recognition of same-sex marriage goes far beyond just the marriage contract. The original lawsuit of DeBoer V. Snyder was about the recognition of adopted children by same-sex couples in Michigan. Until states are forced to recognize the legitimate right of same-sex couples to wed, these couples will face uncertainty when it comes to parental rights, surrogacy, egg and sperm donation, and second parent adoptions. Later in 2015, when the U.S. Supreme Court hands down its decision, we will find out if the Court believes the Fourteenth Amendment trumps a state’s right to define a marriage between one man and woman and whether states must recognize same-sex marriages legally performed in other jurisdictions.

We at IFLG join LGBT citizens nationwide in our dream that same-sex marriage will be universally recognized in all states. The Supreme Court’s reticence in issuing a definitive ruling indicates justices are reluctant to get out too far ahead of public opinion and mores. But a decision that gives each state the ability to define marriage on its own terms won’t end the argument; LGBT and civil rights activists are not going to quietly throw in the towel and go home. A decision that would keep LGBT people and their families in a state of confusion and uncertainty in which their marital status can change every time they cross a state line seems unimaginable.