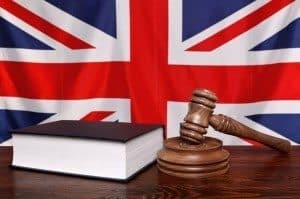 There is a very interesting and potentially ground-breaking case being heard in the U.K. courts right now about the role of sperm donors in the lives of the children they help to create. Our colleague Natalie Gamble (www.nataliegambleassociates.co.uk) shared with us the status of a case she is currently litigating. From Natalie’s blog post of January 31:

The High Court has today made a landmark ruling, allowing two civilly partnered sperm donors the right to ask for contact with their biological children (against the wishes of the children’s respective lesbian mothers), but also warning that it will consider the need to protect the lesbian families carefully before a final decision is made. NGA is representing the mothers in the case of Re Z, one of the two connected cases.

The ruling has significant implications for same sex parents and families created through donor conception. It is the first case to test rights for same sex parents introduced by Parliament in 2008, which give lesbian mothers the same legal protection following sperm donation as opposite sex parents. Under the Human Fertilisation and Embryology Act 2008, the mothers in this case, as civil partners, are the legal parents of their children. The biological fathers, like sperm donors through clinics, are expressly excluded from being treated as the legal fathers ‘for any purpose.’ Relationships broke down after the men each sought more involvement than the mothers agreed. They applied to court, and the court has now ruled that they can have their cases heard.

As you can tell from Natalie’s synopsis, this is not a simple case. Part of what complicates the issue here is the fact that the sperm donor had early, frequent and meaningful interaction with the child; at least this is the claim of the sperm donor and his partner. The legal parents in the case, the lesbian couple, make the counterpoint that the interaction between the child and the donor was strictly a function of the friendship between one of the mothers and the donor. And, more importantly, there was never any discussion of or agreement to the sperm donor being the “father” of the child.

Even though case encompasses several issues for the courts to adjudicate, one incontrovertible fact is the lack of a legally executed agreement between the parties. Absent a binding and well defined agreement between the parties in compliance with local law, it is all too common for parental rights disputes to end up in a he-said, she-said court case. A review of the court documents shows exactly how a seemingly innocent and mutually beneficial arrangement can end in financially and emotionally devastating repercussions.

Certainly the overriding issue to be decided in this case is what is in the best interests of the child, but there are other painful ramifications as well. The friendship between the sperm donor and the lesbian mothers is damaged, in turn weakening one of the family’s support systems. The rift and ensuing legislation will undoubtedly have a lasting effect on all the parties involved—including the child for whom everyone had the best of intentions.