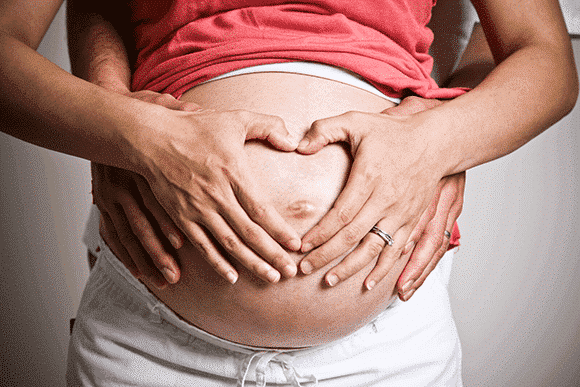 15 Jan Uterus Transplant Donors Motivated to Give Gift of Motherhood

Pennsylvania researchers celebrated recently the birth of a healthy baby boy to a woman who received a uterus transplant from a deceased donor—only the second successful procedure and birth of its kind in the United States.

According to The Philadelphia Inquirer, the mother, Jennifer Gobrecht, learned as a girl of 17 that she had a congenital condition called Mayer-Rokitansky-Kuster-Hauser syndrome, or MRKH, which left her with healthy ovaries but without a working uterus. She underwent a 10-hour transplant surgery in 2018 before giving birth to her son, Benjamin Thomas, in November 2019.

Before the advent of uterine transplant technology, which is still at an experimental stage today, there was no treatment for the condition.

Gobrecht and her husband of five years, Drew Gobrecht, had begun the process of having a child through in vitro fertilization and surrogacy when they heard about the University of Pennsylvania’s uterine transplant study. “By the time they learned of Penn’s study two years ago, they had frozen embryos that could be transferred into Jennifer if a uterus transplant was successful,” the Inquirer reports.

Penn is part of a scientific consortium including Baylor University Medical Center in Dallas and Cleveland Clinic that is committed to advancing uterine transplant technology, with the hope that uterine transplantation will one day offer another viable alternative for motherhood for the estimated 500,000 to 3 million U.S. women who suffer from Uterine Factor Infertility.

Since the first live birth from a uterine transplant six years ago, the procedure has generated controversy.

First of all, a uterus transplant is not an issue of life or death for the recipient; it is essentially elective surgery, raising the question of whether the ability to give birth justifies the surgical risk to the recipient and, if the donor is living, to the donor. The surgery is costly, about $200,000, and is not (yet) covered by insurance.

A uterus transplant also is the only kind of transplant that is designed to be temporary. According to The Philadelphia Inquirer, recipients can expect to keep the transplanted organs no longer than five years, due to health risks from the powerful immunosuppressive drugs the recipient must take, and sustain no more than two births. After one or more births, the transplanted uterus is removed.

Critics of uterine transplants also have raised concerns about donor rights—for instance, sisters or mothers who might feel pressured to donate to a family member—an argument that mirrors that of opponents of assisted reproduction, who claim that surrogacy exploits women.

In fact, researchers who launched Baylor’s uterus transplant study in 2016 were astonished at the number of women who volunteered to donate to help total strangers experience the miracle of birth, the Inquirer reports:

Within two weeks, at least 200 women had called, asking how to be donors. Now there are hundreds of women from 41 states on the donor list, [said Liza Johannesson, a gynecologic surgeon and medical director of uterus transplant at Baylor]….

All but a couple of Baylor’s donations have been from live donors. In nearly all cases, the women donating their uterus did not know and never met the recipient.

As Baylor’s researchers worked through the list, vetting potential donors, they got their answer. “They all say they want to give an experience they had themselves, that it was very important to them to carry their babies,” Johannesson said. “I think that’s kind of beautiful.”

Those donors’ generosity of spirit sounds so much like what we hear from surrogates about their motivations and feelings about the experience of surrogacy. Of course, it is essential that we remain vigilant to the potential for exploitation and abuse. That concern is what motivates me in my work with the American Bar Association ART Committee, with non-profit advocacy organizations such as Society for Assisted Reproductive Technology, and with ART professionals from around the world to help establish best practices, industry regulations and uniform laws to protect the interests of intended parents, donors, surrogates and, most importantly, children born via assisted reproduction. Here in the United States, where we have remained vigilant, potential surrogates are carefully vetted, screened for health, mental health and financial stability, and fully informed of all medical and legal risks. In California and most other U.S. states, surrogacy agreements are legally enforceable and ensure that surrogates are fairly compensated, not only for medical procedures and healthcare, but for the discomfort and inconvenience that comes with devoting one’s body to pregnancy for nine months.

If Governor Andrew Cuomo is successful in 2020, New York will end its three-decade surrogacy ban and put into place the country’s most robust Surrogate’s Bill of Rights in the country. Sadly, the landmark legislation was derailed last session when some leftist lawmakers and feminist activists, including Gloria Steinem, raised last-minute objections, claiming that surrogacy, as well as IVF and egg donation, demeans and exploits women. We suggest Steinem and other critics pay a visit to the Baylor or Penn transplant programs, where women are on waiting lists to give, to total strangers, a gift they know from their own experience is priceless.