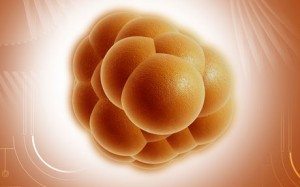 The announcement that Dr. Katsuhiko Hiyashi and his team have been able to generate both sperm and eggs from stem cells creates a multitude of future possibilities for couples with fertility concerns and for LGBT couples who want to become parents. The new findings also are likely to generate significant controversy and debate.

What is particularly exciting about this latest accomplishment, however, is that the eggs were created not from embryonic stem cells but rather from skin cells that were induced back to an immature state of being that is consistent with that of an undeveloped embryo.

A genetic technique was used to turn the cells into induced pluripotent stem cells (iPSCs) which have the same properties as embryonic stem cells.

The impact of this discovery is extraordinary for infertile intended parents who want to bear biologically related children. Stanford University bioethicist Hank Greely had this comment during an “All Things Considered” interview on NPR.

Wow. That's my general reaction. Repairing hearts, repairing brains, repairing kidneys, that's all good and important, and we'd all love to be able to do that. But this involves making the next generation.

The ability to “make the next generation” is a lofty goal that, until this development, seemed to be a distant dream, on the outskirts of scientific capacity. As the researchers themselves stated:

"Our system serves as a robust foundation to investigate and further reconstitute female germline development in vitro (in the laboratory), not only in mice, but also in other mammals, including humans."

These newest advances are only the latest in a series of important leaps in understanding how to generate stem cells. In fact, just a few days after the announcement from Japan, two scientists (Dr. John B. Gurdon and Dr. Shinya Yamanaka) were awarded the Nobel Prize in Physiology or Medicine for their foundational work in regenerative medicine.

As far back as the 1960s Dr. Gurdon, from the University of Cambridge in England, was able to clone a frog by extracting DNA from a frog’s cell nucleus. This launched the detailed study of genes and the agents that control them.

In 2006 Dr. Yamanaka, from Kyoto University in Japan, uncovered another key to these latest advances. He discovered that injecting four agents into an adult cell would result in that cell reverting to its primitive, or stem cell, state. This discovery meant the supply of stem cells was now virtually limitless, allowing an expansion of stem cell studies.

As with any scientific advancement, the ability to create eggs from skin cells comes with a myriad of potential benefits, including therapies for infertile couples and advances in treatment of cancer, heart disease, brain disease and more. But some other potential consequences may create controversy and present ethical challenges.

The issue of embryonic stem cell research historically has been the source of substantial debate and disagreement, primarily due to the fact that by harvesting stem cells from embryos the embryos are destroyed. For some people, the destruction of the embryo conflicts with personal ethics and beliefs.

The most recent discovery in Japan has the potential of eliminating this ethical objection. The ability to use adult skin stem cells rather than embryonic stem cells for treatment of infertility and disease should overcome many of the current objections to the scientific use of stem cells.

The use of skin stem cells opens the way to potentially create a vast number of eggs on which to experiment, Greely said. Combined with the ability to also create sperm, the Japanese team’s discovery also could change the options available to gay and lesbian couples who want children who are genetically their own.

As with any new technological advancement, the ability to create embryos in new ways will undoubtedly create the need for new, responsive laws. At IFLG, we continually research changes in laws affecting assisted reproductive technology in the United States and abroad. I continue to be fascinated by the latest technological miracles in ART and challenged by the need to anticipate how the law will adapt and apply to new technologies.