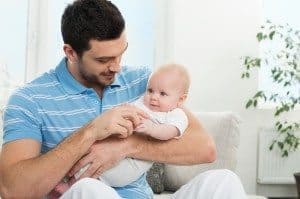 Growing Generations, surrogacy and egg donation agency, was featured recently in an article in DuJour Magazine about the growing numbers of single men choosing to become parents via surrogacy.

The reason for the sudden surge in single dads via assisted reproductive technology is unclear. Advances in technology and advances in fertility law that have that have made family formation ART conception easier and more accessible undoubtedly are factors. Perhaps even more important is the increasingly favorable public perception of ART and of all types of non-traditional families—single moms, single dads, same-sex parents, etc. “The occasional uncomfortable conversation aside,” the three single dads interviewed for DuJour “feel like they’re ultimately part of the new normal,” writes Michael Martin. In fact, one dad interviewed for the DuJour article, a straight man, said he has become a “chick magnet” since becoming a father.  Cultural acceptance has also resulted in an increased number of women who are willing to be surrogates for single dads, says Growing Generations co-owner Stuart Bell.

Bell says a shift in gender roles has made guys, gay or straight, feel more comfortable in a single parenting role. “You’ve seen it in heterosexual households with stay-at-home dads and with gay couples who are having children. So that opens the door for single men to say, ‘Wait a minute—I can do this too,’ ” Bell told DuJour. Bell estimates that the number of single intended fathers who use his agency has grown from 5 percent of his clientele five years ago to 15 percent today.

Single men seeking to become parents via surrogacy have similar personality profiles, Bell said, describing them as type A personalities, high achievers who are focused more on careers than their personal lives. They have always wanted to have children and reach a point in their 40s when they realize it’s now or never, Ms. or Mr. Right or not.

We at IFLG have the privilege of working with all varieties, shapes and sizes of families. As a married gay dad of twin boys, it’s been wonderful to watch our society becoming increasingly accepting and welcoming of the evolving definition of “family”. And because of the work I do, I’m lucky enough to have a window seat to watch it happen.