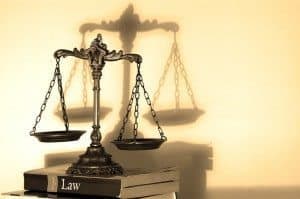 I am packing to attend the American Society for Reproductive Medicine 2013 Annual Conference in Boston Oct. 12 through Oct. 17. The conference brings together medical professionals, researchers and academics from all over the world, as well as attorneys who practice in this field of law.

The trip has a dual purpose. As I mentioned in an earlier post, I chair the American Bar Association’s Family Law Section Committee on Assisted Reproductive Technology, and one of the many projects we are involved in concerns updating the Model Act Governing Assisted Reproductive Technology in keeping with rapidly evolving customs and practices. As luck would have it, the 10 members of the ABA Model Act working group also will be in attendance at the ASRM Annual Conference. We will stay over in Boston an extra day and take advantage of the face-to-face time to facilitate our work.

A Model Act is designed to serve as a template that attorneys and legislators throughout the United States could use in drafting state laws governing ART, an area of law that is still largely unlegislated.

Obtaining the ABA’s ratification of model legislation is a quite lengthy process. The ABA began work on the original Model Act in the 1990s; it was finally ratified in 2008. Not surprisingly, in the time between the drafting of the Act and its ratification, many things changed in this field of law and have continued changing since.

Although we know ratification of the revised Model Act will take some time, the work of the subcommittee in establishing uniformity and codifying best practices will help alleviate the confusion and stress experienced by intended parents and attorneys attempting to make sense of the patchwork of laws that vary from state to state. Currently there are Assisted Reproductive Technology bills pending in Maryland, New Jersey, and New York, all of which combine language from the Model Act and other pieces of law such as the Illinois Gestational Surrogacy Act. Because family law is under the purview of the states, perfect uniformity may never be achieved, but development of an updated Model Act will be a big step in that direction.