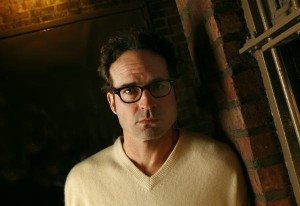 Celebrity media have been buzzing recently over the dispute between actor Jason Patric (The Lost Boys, Sleepers, My Sister's Keeper) and a former girlfriend over Patric’s parental rights to a child conceived via sperm donation. The high-profile case may have long-term impact far beyond the salacious headlines: Patric has become the poster child for a proposed new law that would expand the rights of California sperm donors to have a parental relationship with their offspring under certain conditions.

In 2009, Patric, now 47, donated sperm to massage therapist Danielle Schreiber, a former girlfriend, for fertility treatment that resulted in her pregnancy. At that time, Schreiber told The Los Angeles Times, Patric asked that his role as sperm donor not be publicized and stated that he did not want to be a father to the child. The couple lived apart for most of the baby’s first year but later reunited, according to an ABC News report. They have since separated. Patric now claims to have had a “loving relationship” with the little boy, now age 3, and to have supported and helped raise him. Patric has sued for partial custody, which the mother contested. She won in court, and Patric has appealed the decision.

As explained in the L.A. Times article:

Under state law, someone who donates sperm through a doctor or sperm bank and who is not married to the woman who conceives is not recognized as the child's natural father. The only exception is if the couple agreed in writing before conception that the donor was to be considered a parent.

State Sen. Jerry Hill (D-San Mateo) has introduced a bill that would allow courts to grant parental rights to sperm donors, even where no pre-conception agreement exists, if the sperm donor has acknowledged the child as his own and has had a relationship with the child, such as receiving the child in his home. The bill has already passed unanimously in the state Senate and awaits hearing in the state Assembly.

Reaction to the proposed law is mixed. Critics say it would disempower mothers who conceive via a sperm donation from a known donor but wish to raise the child alone or with a partner and do not intend for the sperm donor to have parental rights. The California National Organization for Women is “vehemently” opposed to the bill.

LGBT advocacy group Equality California, on the other hand, supports the proposed law on the basis that the sperm donor could only gain parental rights if the mother invited him to have a relationship with the child. One likely unintended consequence: Women who conceive via sperm donation are apt to be averse to allowing the sperm donor any role whatsoever in the child’s life for fear they may be forced to accept a familial relationship they never intended.

The litigation between Jason Patric and his former girlfriend demonstrates the need to have clear written legal agreements in place prior to sperm donation, especially in the case of known donors. Relationships change, emotions often run high where children are involved, and the original intentions of the parents and donors can easily be lost in the shuffle. The issues surrounding any form of assisted reproductive technology are broad and complex, and the best way to ensure the interests of all parties are protected, including the children, is to have competent, experienced legal representation.