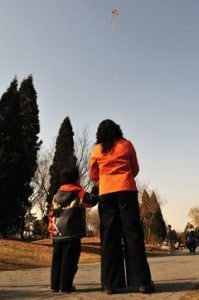 China will moderate its infamous one-child policy, according to a CNN report today from a meeting of top Communist Party leaders. Chinese married couples will now be entitled to have two children if only one of the parents is an only child. Previously, only couples in which both parents were only children were allowed to have a second child.

Despite the fact that the policy succeeded in slowing China’s runaway population growth, it has long been criticized by human rights activists, who say it resulted in numerous damaging, if unintended, consequences. Because boys generally are held in higher regard than girls in Chinese society, parents who are limited to just one child frequently abort girl babies. Parents who did not comply with the policy and had second children faced costly fines, or their “extra” children were denied state benefits such as education and health care. Other critics say the limit on childbearing has lowered the quality of life for Chinese elders, who traditionally have depended upon their offspring to care for them in old age. And the high rate of boy births has upset the natural balance between the genders, making it more difficult for Chinese males to find mates.

Although the change in China’s policy seems small, when applied to China’s massive population, the impact will be significant. In recent years, even with the one-child policy in effect, we have seen a steady increase in the number of Chinese intended parents who come to the United States to form families via assisted reproductive technology. Now that second children will be more common, that number is certain to jump significantly.