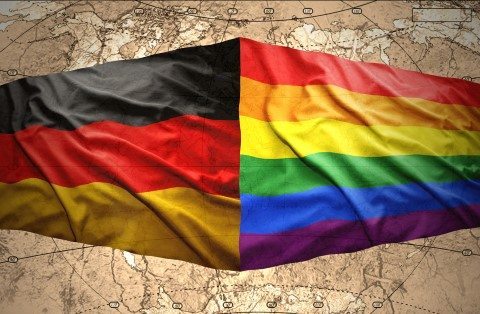 In a landmark ruling released Dec. 19, Germany’s highest court essentially has paved the way for German intended parents via surrogacy to have their children recognized. Here is the best summary I have seen of the particulars of the ruling.

In summary: The decision of the highest court in Germany (Bundesgerichtshof) is a milestone. Mainly it says that both intended parents—also the non-genetic parent—can be recognised as legal parents of the child in Germany. Until now Germany had a very restrictive policy about surrogacy. In some cases even the genetic parent was not recognised as legal parent. The decision marks an important and positive shift.

Here is a short breakdown of the ruling:

1. Applicant-appellant in this case was a same-sex couple and their child born by a surrogate in California. ‎The Superior Court in Placer County had issued a decision holding that appellants were the parents of the child. They petitioned the authorities in Berlin to issue a birth certificate for the child listing appellants as the parents. The officer at the birth register denied that request because the California surrogate was the child's mother for all purposes under German law.

2. Appellants sought judicial review of this decision, but the Berlin courts upheld‎ the officer's refusal to register appellants as parents. In its decision the Berlin appellate court held that a foreign court order recognizing a surrogacy agreement was null and void in Germany as it was against public policy (ordre public). Accordingly, German law applied, and under the Civil Code only the woman giving birth may be registered as the child's mother.

3. On further appeal, the Federal Supreme Court vacated the Berlin court's decision and issued a mandate that appellants be registered as legal parents.

4. The Federal Court held that the decision by the California court commands comity, and German courts may not, as a rule, second-guess a foreign court's decision (prohibition against a so-called revision au fond).

5. The presumption of validity under the comity principle may only be overcome if a recognition of the foreign decision led to a result that was entirely irreconcilable with basic principles of German law, especially the bill of rights or basic human rights.

6. Even though Germany prohibits surrogacy, the child born to a surrogate is entitled to have legal parents. The court observed that the child could not influence the circumstances of its birth, and a surrogacy background could therefore not be grounds to deny it its legal parents.

7. If the intended parents could not be recognized as legal parents in Germany, the child's human rights would be infringed. It would have a mother (the surrogate) who is not recognized as the mother in her jurisdiction and who is not prepared to take responsibility for the child.

8. Adoption was not a viable alternative.

The hope here is that this ruling will help influence public opinion and lead to policy change that will make surrogacy a more accessible option for Germans.