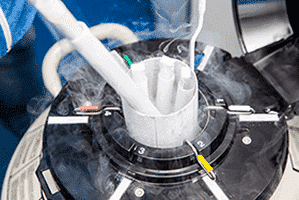 Intended parents everywhere are wincing this week, as they imagine themselves in the shoes of at least two heartbroken couples whose lives were turned upside down by an IVF clinic’s mistake, their tragedy broadcast to the world in sensational headlines.

As reported originally by the New York Post, a married Queens couple, identified only as YZ and AP, after struggling with infertility for years, turned in 2018 to Los Angeles-based CHA Fertility Center for help. Following a months-long regimen of medicines, vitamins, tests and procedures and some $100,000 in cash outlays, the couple produced eight embryos. A first attempt at implantation in July 2018 failed; a second procedure, in which two female embryos reputedly were implanted, was successful, and by September 2018, AP was pregnant.

Back home in Queens, the couple soon began to feel something was wrong. Ultrasound scans indicated that AP was pregnant with twin boys, rather than the girls they had been told AP was carrying. When they called CHA to ask about the discrepancy, they were assured the ultrasound was wrong and that AP was carrying twin daughters.

In March 2019, AP gave birth via Caesarean section to two boys, and not the twin girls the couple had been expecting. To inflame the situation even more, the boys did not appear to share their parents’ Asian ethnicity. Genetic testing quickly revealed the disturbing truth—the two boys AP carried and gave birth to were not genetically related to her or her husband—and were not even related to one another. In other words, AP, believing herself to be pregnant with her own twin daughters, had instead unknowingly served as a surrogate for the sons of two other couples.

The babies were the genetic offspring of two other CHA client couples, and AP and YZ gave the boys to their biologically related parents. What happened to their own twin female embryos, they still don’t know to this day.

Meanwhile, on the West Coast, as reported by The Daily Beast, CHA clients Anni and Ashot Manukyan received the surprising news that they were biological parents of a son, one of the boys carried to term by AP back in New York.

As a CHA client in 2018, Anni was implanted with two embryos the couple believed had been created using her eggs and Ashot’s sperm. That procedure failed, and Anni did not become pregnant at that time.

In hindsight, the Manukyans now realize the embryos Anni received could not have been their own genetic material, since one of their embryos had ended up with AP in New York. While they eventually gained custody of their son born to AP, they did not even know of his existence until he was two weeks old, and he was six weeks old before Anni was able to hold him for the first time. AP and YZ remain bereft, too embarrassed and sad to try to explain their situation to family and friends.

Both couples are suing CHA; both are struggling to recover from the heartbreaking and traumatic chain of events.

This indeed is a truly terrible story, and one that opponents of surrogacy and other forms of reproductive technology will try to use as ammunition. The fact that such mistakes are exceedingly rare does nothing to relieve the pain and suffering of intended parents whose dreams of parenthood are destroyed. But while risk exists, there are steps intended parents can to help minimize it.

Even within a highly regulated health care system such as that in the United States, patients are well advised to serve as their own advocates and do the homework to ensure they receive the best care possible. The truth is, as ever-improving outcomes encourage more people to turn to surrogacy as a path to parenthood, intended parents—in the role of patients—also must accept part of the responsibility for conducting due diligence.

The U.S. Centers for Disease Control and Prevention (CDC) maintains a database of fertility clinics and outcomes statistics, which is a good starting point. When vetting potential providers, consider your unique situation, including age and medical condition, in deciding whether a clinic a good match for you. Ask about the clinic’s policies, including any age limitations on treatment, who decides how many embryos to implant, and whether the providers are up-to-speed on the most advanced technologies. If the clinic staff can’t or won’t answer your questions, move on to a provider who understands the importance of ensuring its patients are fully informed and knowledgeable.

Don’t be afraid to address your concerns. Ask what measures the clinic takes to prevent cryopreservation tank failures, another IVF “scandal” that made headlines recently. Ask what safety procedures are currently in place to avoid mixing up or mismatching of embryos and parents or surrogates.

Some clinics will even allow intended parents who can’t be there in person to Skype in to the embryo transfer and watch the procedure.

Compared to the tens of thousands of successful IVF procedures, instances of human error or mechanical failure resulting in embryo loss are rare. Of course, that fact doesn’t mitigate the trauma and heartbreak suffered by intended parents who have lost embryos or given birth unwittingly to someone else’s child. My years of experience working with care providers, surrogacy and donor agencies and my fellow attorneys have convinced me that most of the professionals working in this field are passionately committed to achieving the best possible outcomes for their clients and patients. Painful and scandalous as the current embryo mix-up story is, there is no doubt it serves as a cautionary tale and a motivator for clinics to redouble quality assurance and safety efforts. The best possible outcome of this unspeakable tragedy will be heightened vigilance and safer, more accountable IVF clinics.