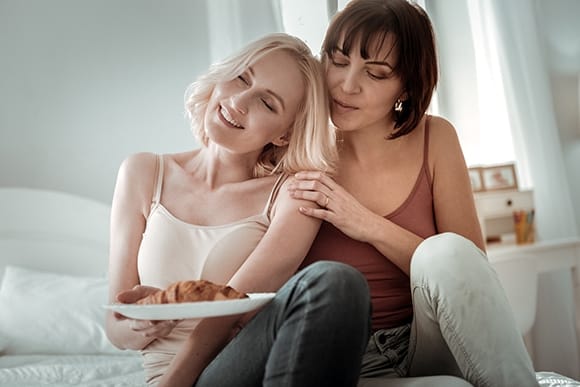 In a partial but powerful advance in the movement for reproductive freedom in France, French President Emmanuel Macron’s government last month drafted a new bioethics law that would legalize in vitro fertilization, or IVF, for single women and lesbians. In a society historically heavily influenced by Catholic conservativism, the law, if passed, would be a small first step toward legalizing other assisted reproductive technologies for more people.

Historically European governments have viewed assisted reproduction through a different lens than the United States has. In Europe, there traditionally has been no presumed legal right to procreate when the only way to do so requires technological assistance. Conservative activists have argued that children raised without fathers suffer and that relaxing the rules to allow more women to benefit from IVF will weaken the nation’s surrogacy ban. Regulation historically has focused on protecting the best interests of the child.

In contrast, in the United States, assisted reproduction is viewed through the lens of the right to procreate. In the United States, it is generally presumed that it is in the best of the interests of the child for intended parents to be guaranteed full parental authority; after all, any child born via ART comes into the world only with significant effort, sacrifice and expense on the part of intended parents.

Currently in France only married heterosexual couples who are infertile can legally undertake IVF and other kinds of assisted reproduction, with costs borne by the French national health system. After the country legalized same-sex marriage in 2013, which triggered massive protests by French Catholics, activists lobbied to allow lesbians to participate in IVF. As things stand now, single French women and lesbians who can afford to do so often travel to other Western countries, such as Britain, Belgium, Spain and Israel, where IVF and other fertility services are legally available. Those without the means to travel take other measures, such as purchasing donated sperm abroad or self-insemination, according to The Associated Press.

Eighteen of 28 European Union nations today allow fertility services for lesbians and single women, according to the AP report. (See our article on the European Court for Human Rights’ (ECHR) decisions regarding the citizenship rights of children born via surrogacy abroad and on the obstacles France imposes on intended parents who participate in surrogacy abroad.)

In addition to expanding those legally eligible for IVF to include single women and lesbian intended parents, the new law would provide for the French national health service to cover costs for up to four rounds of assisted reproduction per pregnancy, as reported by AP. The new law is projected to add 2,000 IVF cases annually to the current approximately 150,000 cases per year. The bill also would end France’s practice of strict sperm donor anonymity, providing for children conceived via donated sperm, once they reach age 18, to learn the donor’s identity.

The bill does nothing to change the country’s ban on surrogacy, nor does it offer gay men the legal option to become parents via IVF or other forms of ART.

But the proposed bioethics law is a beginning. As with other social movements, progress in the campaign for reproductive rights is made in small steps rather than giant leaps, usually with opposition at every step. Even now, 20 conservative groups are organizing for an October protest against expanding reproductive rights.

But progressive leaders say things have changed in France. According to a July Reuters report, a poll published by gay magazine Tetu “showed 61 percent of French people backed lifting the IVF ban for lesbian couples, up 15 points since 2013.” This small step of extending the right to IVF for single and lesbian intended parents, if signed into law, will inevitably lead to the next step on the road to the advancement of reproductive rights in Europe.