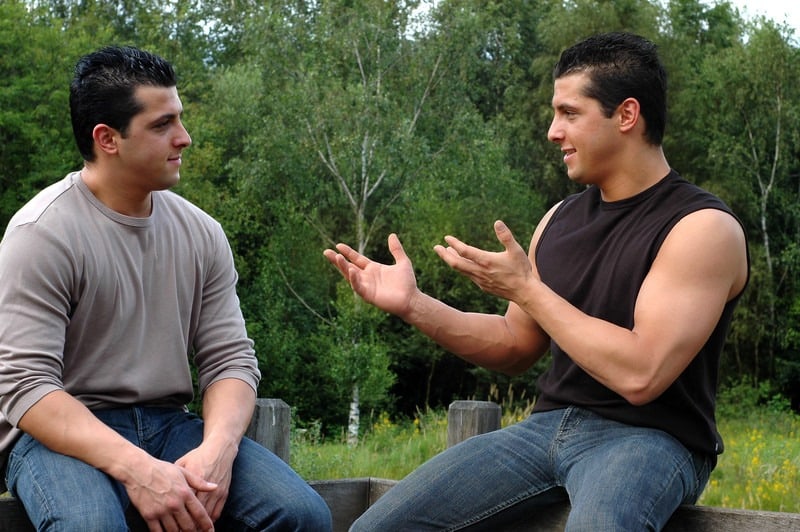 In the realm of “good news/bad news,” twin boys born to a gay Italian couple via in vitro fertilization and surrogacy in California will be recognized as Italian citizens, an Italian court ruled last month. But Italy will not recognize the boys as brothers—even though they have the same genetic mother.

As The Washington Post reports, Italy has some of the most restrictive reproductive laws in Europe. Surrogacy is illegal, as are egg and sperm donation. Only heterosexual couples who are married or in “stable relationships” can legally conceive via IVF, and they must use their own eggs and sperm. Same-sex marriage is illegal, although a recently enacted law allows same-sex couples to register civil partnerships. Gay and lesbians are not allowed to adopt, not even their partners’ children.

Following their twin boys’ birth, the family returned to Italy, where the registry office in Milan refused to accept the boys’ birth certificates. The fathers sued to be recognized as the boys’ legal parents. Initially the court rejected their claim. On appeal a new court allowed them to register their sons—but not as parents of both boys.

As The Washington Post reports, “Because the men used separate semen samples to fertilize the eggs, the court said that each of them can now register his biological son as his own. But the babies cannot be recognized as children of the couple, nor are they to be considered brothers, even though they share the same genetic mother, who donated both eggs.”

Despite the bizarre scenario of twins who are not brothers under the law, LGBT and reproductive rights activists see the ruling as a step in the right direction: “It's the first time that an Italian court has established that a child's best interest comes before [the legality of] how he or she was born,” Marilena Grassadonia, president of the advocacy group Famiglie Arcobaleno told The Washington Post.

The European Court of Human Rights has issued a number of rulings in the past few years upholding the rights of parents of children born via assisted reproductive technology, and national courts in many parts of Europe have followed the same trend.

As we reported, a 2015 ECHR ruling on a French case that applied to all 47 Council of Europe member held that “France, where surrogacy is illegal, could not deny citizenship to children of French intended parents born via surrogacy in other countries.

Our report continues: “Less than a month later, a Spanish court ordered authorities in that country to grant citizenship to the children of Spanish intended parents who had children born to surrogates in other countries, including in the case of a gay Spanish couple who had a child via surrogacy in San Diego. In December, the German Supreme Court ruled that authorities must recognize children born abroad via surrogacy as the legal offspring of their German intended parents, although some questions remain about the scope of the decision."

A year ago we also wrote about an ECHR ruling imposing steep fines and legal fees on Italian authorities who removed a child born via a Russian surrogate from his parents’ home, saying the Italian state had violated the couple’s rights under the European Convention on Human Rights. In January, the ECHR overturned its earlier decision, ruling that the couple's rights had not been violated.

In matters so deeply intimate and personal as parentage and reproduction, laws and public policy often lag changes in societal norms and public opinion. In the case of assisted reproduction, the technology is advancing by leaps and bounds, continually challenging lawmakers and regulators to adapt. As technology makes the impossible possible for people who dream of biologically related children, the pressure on government institutions will continue to grow to, if not change their own laws, to at least honor the laws of nations where ART is safe, regulated and legal.