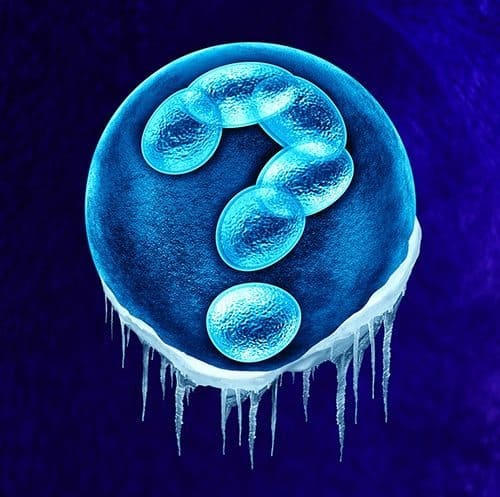 A San Francisco court upheld earlier this week an agreement that frozen embryos created via in vitro fertilization during a couple’s marriage would be discarded in the event of their divorce.

Before undergoing fertility treatments at University of California, San Francisco, the couple, Mimi Lee and Stephen Findley, executed a form agreement indicating their wishes to have the embryos thawed and discarded if they were to later divorce. Following their divorce, however, Lee contested the agreement and asked that the embryos be preserved for her use. Her attorney told CBS San Francisco in July that cancer treatment had made Lee infertile. Lee, who is in her mid-40s, told the court she felt the embryos were her last chance to have biologically related children. But ex-husband Findley objected to Lee’s use of the embryos to procreate, and San Francisco Judge Anne-Christine Massullo found that under California law the agreement indicating the couple’s wishes at the time of the fertility treatments must be upheld. Citing Massullo’s decision, The Recorder reported, “Lee may have a right to procreate in other circumstances not before the court, but she does not have a right to do so with her ex-husband, who opposes the embryos’ use.”

The ruling is the first of its kind in a California court and is expected to have “major implications” for the IVF industry, The Recorder reports. Courts in other states also have upheld agreements regarding the future disposition of embryos. Lee argued that the agreement was an advance medical directive and was thus non-binding and also that she did not give informed consent. But Massullo noted that Lee had initialed the agreement multiple times and signed it, with no evidence that she did not understand what she was signing. Massullo also pointed out that Lee, a physician who worked in fertility clinics, was knowledgeable about the IVF process, yet failed to attempt to harvest additional eggs as her marriage was ending, even though she had discussed with UCSF the possibility of harvesting eggs while she was undergoing cancer treatment.

As assisted reproductive technology becomes more successful and more widely used and accepted, we can expect to see lots more similar cases emerge. Perhaps the only situations more emotionally charged than ending romantic or marital relationships are situations involving procreation and reproductive rights. As we wrote earlier this year in regard to another headline-making case, the best way to ensure that the rights of all parties are protected is to execute a legal agreement between the parties, thoroughly outlining as many eventualities as possible and clearly stating the wishes of the parties. In a way it’s akin to a prenuptial agreement—in the heartfelt throes of love, setting conditions for what will happen in the worst-case scenario may feel cold-hearted or even cruel. But when and if the worst does happen, there is a clear, legally binding blueprint setting out how assets will be distributed and the rights and obligations of each party—certainly preferable to a lengthy and bitter court battle. The same is true of surrogacy, egg donor and sperm donor agreements—taking the time and effort to clearly state the rights and obligations of all parties before a child and all the emotions surrounding pregnancy and parenthood are involved pays off big in future safety, security and peace of mind.