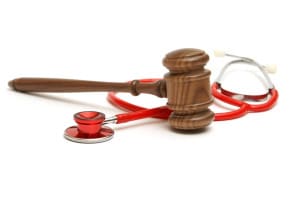 With the growing acceptance of assisted reproductive technology, a pent-up demand for surrogates created by legal restrictions in many locales, and the search for lower-cost surrogacy options than exist in the U.S. and other Western nations, a new international surrogacy industry is booming. Sadly, in too many cases, intended parents are forced to navigate a treacherous, scarcely regulated landscape of surrogacy services.

According to a recent ABC News report, business is booming for surrogacy agencies that offer so-called affordable services in countries where surrogacy is legal but regulatory infrastructure is too frail to protect either intended parents or surrogates. The ABC report calls out Planet Hospital, a U.S.-based surrogacy brokerage offering surrogacy services in Cancun, Mexico, for allegedly shady practices. Most Planet Hospital clients are U.S., Australian or European residents, many of whom are gay or unmarried and thus banned from becoming parents via ART in many parts of the world, ABC reports; most of the surrogates reportedly are impoverished Mexican or South American women.

The ABC report charges Hospital Planet with fleecing intended parents out of tens of thousands of dollars, with abandoning surrogates without paying them the agreed-upon fees, and with failing to pay the fertility clinics whose services it utilized. In some cases, fertility clinics left with unpaid bills because of Planet Hospital’s failure to pay have refused to release fertilized embryos to intended parents. In at least one case cited by ABC, the surrogate was too young and not healthy enough to be a viable surrogate. A former employee accuses Hospital Planet founder and director Rudy Rupak, who resides in a high-end L.A.-area gated community, of running similar scams in other countries.

The heartbreaking report highlights what has become a risky business for intended parents. ABC cites a Foreign Correspondent report earlier this year on alleged fraud and lack of regulation rampant in India’s surrogacy industry.

[D]espite urgent calls to the Indian government to legislate, the multi-million-dollar industry continues to operate in a regulatory vacuum, making it very difficult for would-be parents to navigate the system and avoid rogue operators.

In the case of Planet Hospital, Rupak reportedly is facing bankruptcy as a result of actions taken by former clients, according to ABC.

The ABC report on Planet Hospital points out the potential perils of an international surrogacy industry that is scantly or unevenly regulated, often with few protections in place for either surrogates or intended parents. The potential for fraud or exploitation is why legal representation by an experienced attorney knowledgeable about ART law in the intended parents’ and surrogate’s area of residence is so vitally important. Regulations lag way behind both the technological advancements and the growth of businesses that have sprung up in response to the growing demand for assisted reproductive services. An experienced attorney is the intended parents’ guide through this treacherous legal landscape.

This story also highlights the importance of the work of the American Bar Association ART Committee, which I’m proud to chair, to create a Model Act for state laws governing ART agencies. The Model Act will offer state lawmakers a template for the ethical and technical best practices to which the best agencies already adhere.

Change is hard and takes a long time, but tragic tales such as this exposé of Planet Hospital remind us that our work to develop laws and public policies protecting ART families, donors and surrogate will have far-reaching benefits.

ABC News is the source for all information about Planet Hospital contained in this article.