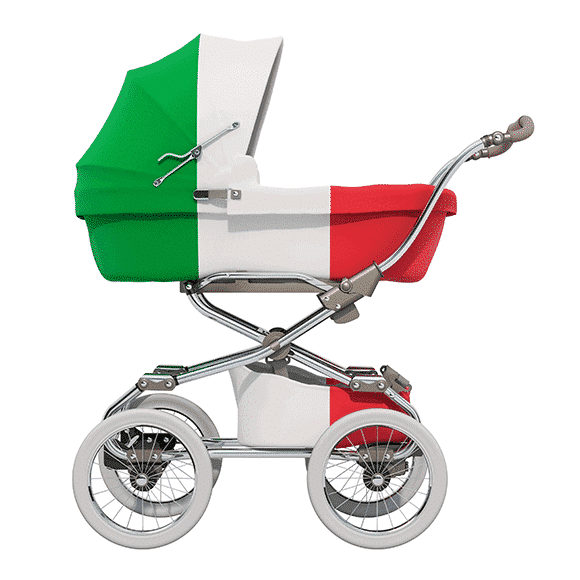 For more than two years, we’ve been following the case of two Italian dads, a gay couple, who became parents of twin boys via egg donation and surrogacy in Canada, a Canadian birth certificate listing both dads as legal fathers in hand.

After years of legal actions, in February 2017, the dads, who reside in the city of Trento, Italy, won their suit in the Trento Court of Appeal for both men to be recognized as their sons’ legal fathers. But last year, the Trento mayor and city prosecutor joined the Italian Ministry of Interior to challenge the ruling, as reported by The Local. On May 13, 2019, the Italian Court of Cassation overturned the Court of Appeal decision, ruling that only the father who is biologically related to the twins is their legal father; the other dad must apply for permission to adopt his own children.

As we have written before, Italy has among the most restrictive reproductive and parentage laws in the world. Surrogacy is not legal under any circumstances, nor is same-sex marriage, although same-sex couples may enter into civil unions. Adoption is limited to legally married couples, so no adoption for LGBT people, who are not allowed to marry. Yet frequently exceptions have been made, on case-by-case bases, allowing same-sex partners to adopt their partners’ children, or allowing same-sex couples to register as legal parents of a child conceived via in vitro fertilization. Tragically, legal experts say the precedent established in the recent ruling may make it harder for judges to foster such exceptions in the best interests of the children involved.

When intended parents travel abroad, have a baby or babies via a foreign surrogate, and then try to bring their babies home to Italy, their family falls into a legal “gray area.” As PinkNews reported, while the parents are not prosecuted, the process of legally registering the children and establishing parental authority is difficult and time-consuming.

The court justified its recent decision denying the fatherhood of the non-biological dad as intended to “protect the dignity of pregnant women and the institution of adoption,” The Local reports. Some observers said because the decision refers to “intended parent,” presumably including heterosexual intended parents, rather than narrowly focusing on same-sex intended parents, it is not anti-gay.

But it’s hard not to read an anti-gay bias into the effort, as the appeal was led by Matteo Salvini, head of the anti-gay Populist League Party, who has opposed parenting rights for LGBT people.

For now, the Trento dads and their sons have lost their bid to be recognized as a family, and it is uncertain, after a decade of legal battles, whether they will continue their appeals. If they do, next stop could be the European Court for Human Rights (ECHR), which over the past few years has issued several decisions in support of the rights of children born via assisted reproduction and their parents. We are optimistic that the principles of giving “full faith and credit” to the laws of other jurisdictions, of respect for the human rights of infants born via assisted reproduction, and of compassion for parents seeking equal legal status for their non-traditional, but very legitimate, families will ultimately prevail.