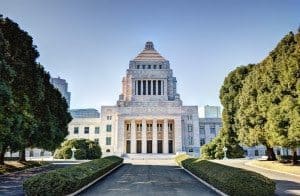 In the United States, acceptance of assisted reproductive technology has grown, and in many parts of the country, new laws have been passed to improve legal protections for families created via ART. But not all cultures are as familiar with ART, or as accepting. The Japanese legislature currently is considering its first law governing third party sperm and egg donation and surrogacy—and the process so far has been fraught with contention and delays, according to a recent report in The Mainichi Newspapers.

A Liberal Democratic Party project team has been working for months on a draft ART bill, but even within the party group opinion is sharply divided, delaying the submission of draft legislation to the Diet, the Japanese national legislature. A proposed draft bill would permit surrogate births with certain restrictions; sperm and egg donation would be allowed, but embryo donation would not. The LDP project team has not even been able to develop a single unified bill: one proposed amendment would prohibit all surrogate births; another would guarantee the rights of offspring of ART procedures to the identity of their biological parents, or egg and sperm donors.

Currently, Mainichi reports, the only existing guidelines for third-party fertility treatment in Japan “are those issued by the Japan Society of Obstetrics and Gynecology regarding artificial insemination with donor sperm (AID). No additional public rules exist, and so the situation on the ground has continued unchecked.”

One consequence has been the prevalence of intended parents traveling abroad seeking egg and sperm donors. A 2012 study by Kanazawa University found that some 16 percent of Japanese obstetricians and gynecologists had overseen births in which the mother had received donor eggs, often by traveling overseas.

Many Japanese legislators, like the Japanese public, remain conflicted over whether surrogacy is exploitative of women’s bodies and to what extent children surrogacy or egg or sperm donation are psychologically harmed by not knowing their origins. The Mainichi report quotes one lawmaker as saying, “Medicine has clearly made advances, but how far should this be taken?” Those same concerns are still debated in the United States and other Western nations as well, but gradually, familiarity, improved treatment success rates, and growing numbers of happy families are swaying popular opinion and influencing lawmakers. Undoubtedly that growing acceptance will be mirrored in Japan as well. Kudos to those courageous lawmakers willing to risk controversy in order to make creating families via ART safer, easier and more accessible.