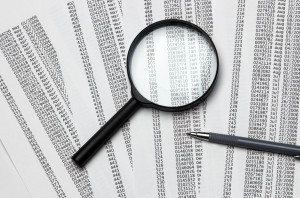 Earlier this week I attended the annual meeting of the National Coalition for the Oversight of Assisted Reproductive Technology (NCOART).

This multi-disciplinary coalition was organized in 1996 by the Society for Assisted Reproductive Technology (SART) with the mission “to serve as an interdisciplinary body which oversees the provision of assisted reproductive technology services in the United States.” While the coalition does not have any legal oversight authority or responsibility, it provides a forum for the leaders in the field of ART to report on their current and planned activities, efforts and issues of greatest interest and concern in the United States. I attended in my capacity as Chair of the American Bar Association ART Committee and as a National Board Member of the American Fertility Association. Also represented were SART, the American Society of Reproductive Medicine (ASRM); National Institute of Child Health and Human Development; National Institutes of Health; American Association of Bioanalysts; Centers for Disease Control, Department of Reproductive Health; U.S. Food and Drug Administration; and RESOLVE: The National Infertility Association.

One of the hottest topics of the meeting was the challenges related to tracking success rates at fertility clinics. One of SART’s key roles is collecting data on number and types of fertility procedures, patient demographics, and success rates. Consumers and third-party payers such as insurance companies and health plans often consider clinics’ reported success rates in choosing a provider. The problem is, numbers taken out of context can be deceptive. As Mark Twain once said, “There are lies, damned lies, and statistics.”

In reporting success rates, what types of data does the clinic report, and what types of data can be excluded? Does the clinic count or not count natural cycles, minimal stimulation cycles, banking cycles, or research cycles? Public reporting is not an accurate indicator of program quality, despite the desire by the public and third party payers to view it as such. There are no adjustments in the current data collection process for the severity of infertility represented in a clinic’s patient mix—in other words, a clinic with a high number of patients with hard-to-treat conditions might be penalized by a lower reported success rate, potentially creating a disincentive for clinics to accept such patients.

SART’s continuing goals are to create transparency and a level playing field in data reporting and to provide the types of data that will help physicians predict a patient’s chance of success with different ART treatments.

The group also spent quite a bit of time discussing legislative updates around the country. “Personhood” initiatives, which would change state constitutions to give full legal rights to microscopic, newly fertilized embryos, will be on the ballot in Oklahoma and North Dakota in November 2014, and similar legislation also has been introduced in South Carolina. Historically these types of measures have been used as an end-around federal law allowing abortions, but they also could present barriers to certain types of in vitro fertilization procedures, embryo donation or surrogacy.

In other news, new surrogacy laws are in progress in New York, Washington, DC, Maryland, New Jersey and New Hampshire. In Kansas, NCOART members succeeded in shutting down a proposed anti-surrogacy bill before it made it out of committee.

Another hot topic of NCOART discussion was the regulation, or lack thereof, of egg banks. Sperm banks currently are regulated by the U.S. Food and Drug Administration, but egg banks are not, even as the prevalence of egg banks is growing. In recent years technological advances have improved success rates using eggs that have been frozen and stored, a process that offers donors and intended parents a more flexible timeframe for treatment and can result in stronger, more viable embryos. Other societal trends, such as postponement of childbearing for education and career reasons, or the desire to preserve fertility before undergoing cancer treatment, have also added to the popularity of egg banking. As egg banking becomes more prevalent, regulations will be needed to protect patients from exploitative advertising and to ensure implementation of best practices.

I was very proud to participate in NCOART on behalf of the ABA ART Committee and the American Fertility Association board. The enthusiastic participation of so many of the best minds and most experienced practitioners in this field is a testament to this coalition’s commitment to making assisted reproductive technology safer, more accessible and more successful for intended parents and families.