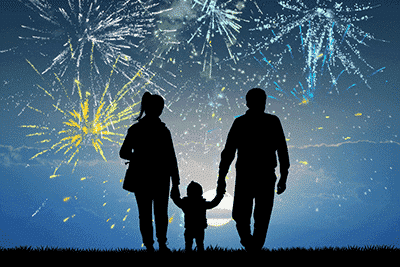 New Jersey Governor Phil Murphy just signed a law legalizing gestational carrier agreements, effectively lifting a 30-year ban on surrogacy in the state. Passage of S482, the “New Jersey Gestational Carrier Agreement Act,” is a milestone for reproductive freedom in the state that was home to the notorious “Baby M” case that created a societal and legal backlash against the then-new practice of surrogacy.

I wrote a few months ago about recent actions to legalize gestational surrogacy agreements in several states that outlawed them in reaction to the tragic case decades ago.

As we wrote, in 1986, surrogacy was controversial. The technology was relatively new; the first baby had been born via in vitro fertilization only 10 years earlier. Data on the benefits or dangers of surrogacy was scant. Critics raised ethical concerns about potential exploitation of women and “baby selling.” Many lawmakers and jurists felt technological advances were outpacing the public interest.

As assisted reproductive technology and best practices have continued to improve, “traditional” surrogacy, in which the surrogate gives birth to a baby conceived using her own eggs, and thus is biologically related to the child—the type of surrogacy in the Baby M case—has become rare. Today, most surrogates are “gestational carriers”: Both egg and sperm are provided either by an intended parent or a (usually anonymous) donor, and there is no genetic relationship between surrogate and baby. A legally binding gestational carrier agreement, which spells out the rights obligations of the surrogate and intended parents, is essential for the protection of all parties involved.

The legislative push to end New Jersey’s surrogacy ban began six years ago, as reported by the New Jersey Law Journal, after the state Supreme Court, in a 3-3 split vote, failed to overturn a lower court ruling that forced a married intended mother to adopt the child fathered by her husband and carried by a gestational surrogate.

The gestational carrier law was drafted about six years ago, after the state Health Department told a Union County couple the wife's name would not be listed on her son's birth certificate because she had no genetic or biological tie to the infant.

The baby was conceived using an anonymous donor egg and her husband's sperm. She was forced to adopt the baby, despite a surrogacy contract recognized by a judge.

New Jersey’s legislature passed bills lifting the ban on surrogacy agreements in 2012 and 2015; both times then-Governor Chris Christie vetoed them, citing concerns about “the profound change in the traditional beginnings of a family.”

“I believe this legislation protects the gestational carrier and really provides a road map for what needs to be done,” Hagan said.

The new law mirrors many long-established best practices for surrogacy agreements: a gestational carrier must be at least 21 years old, must have given birth to at least one child, and must undergo medical and psychological evaluations. The surrogate also is required to retain an independent attorney to represent her interests in the agreement. The surrogate may choose her own medical care for the pregnancy, labor, delivery and postpartum care. Intended parents also are required to undergo a psychological evaluation and are permitted to pay for legal, medical and living expenses incurred during the pregnancy. Intended parents will be listed as the sole legal parents on the baby’s birth certificate.

The new law will be a welcome “roadmap” for New Jersey intended parents, ART providers and attorneys, providing legislative guidance and legal certainty lacking in many jurisdictions without clear laws governing assisted reproductive technology. Passage of this progressive, humane law today also signals that Americans are ready to move past the Baby M backlash and make the potential for parenthood more accessible for all who want and deserve it.